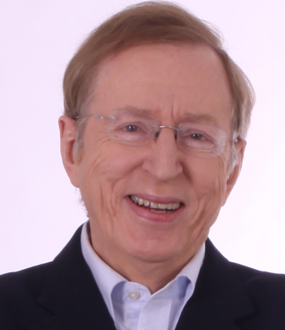 Master storyteller and leadership expert, Steve Denning has changed hundreds of organizations globally through his concept of radical management. Drawing from decades of directorial experience in the World Bank, Steve teaches groups how they can reinvent their organizational structure and communication style to create higher levels of satisfied employees and clients while generating greater profits.

Steve graduated from the University of Sydney and the University of Oxford with a background in psychology and law. After a few years of practicing law in his home country of Australia, he entered an extensive career at the World Bank, where he held a variety of leadership positions including Program Director for Knowledge Management, in which he utilized storytelling to revolutionize the organizational knowledge sharing program.

Following his departure from the World Bank, Steve put his ideas into print, publishing five books in leadership storytelling. 800-CEO-READ ranked two of his works, The Leader’s Guide to Radical Management and The Secret Language of Leadership, among the top five books on management the year of their release.

Today Steve travels the world working with organizations of all types and sizes throughout the U.S., Europe, Asia, and Australia. He shares his thoughts and ideas on management and leadership regularly as a blogger for Forbes.

Steve Denning - The Transformation of Leadership and Management

“One of the momentous things in any society is the creation of a new form of organization. In history many organizational changes have been rather bad for parts of the human race, but the change I’m going to be talking about today is good news for almost everyone.”

Steve Denning presents what he has surveyed as the best management idea in the world, a transformation in leadership that has been taking place over several decades that creates more productive and profitable organizations as well as happier customers and employees.

Steve Denning - Agile is a mindset

Steve Denning - Who Can Tell A Story?

Bring Steve Denning to Speak Live at Your Event 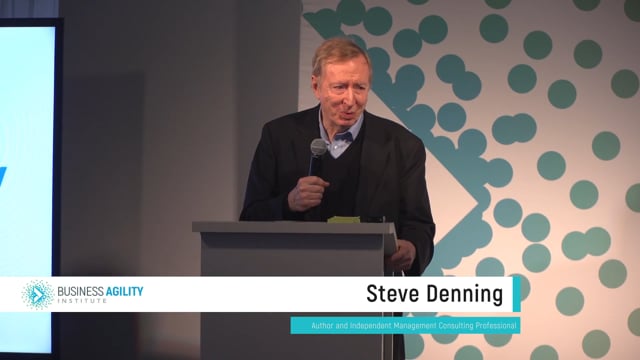 Steve Denning capacitates groups with one of the most powerful tools available: storytelling. The ability to tell a story is an innate talent all humans possess; however the majority of people working in management are simply so wrapped up in a world of dry business linguistics that they’re out of touch with this simple but potent gift.

Steve teaches your group how to harness the power of narrative and adapt it to engage and connect with audiences in a business context, tailoring his workshops and programs specifically to meet your organization’s concerns and goals. In just a little bit of time Steve can turn your group into masters of storytelling and empowered communicators, equipped to make a bigger impact in presentations, marketing, and sales.

Arrange a Tailor-made Workshop
More and more organizations are realizing that stability and predictability are no longer reasonable assumptions. In fact the number one problem of today's managers is the difficulty in getting their organizations to adapt to a competitive environment that is neither stable nor predictable.

More and more organizations are realizing that successful branding, marketing and selling depends on connecting and engaging with clients, which in turn depends on is founded on authentic storytelling. And that, in fact, storytelling is just the beginning. Beyond storytelling lies narrative intelligence—an ability to navigate the quicksilver world of interacting narratives, as discussed in Steve's new book, The Secret Language of Leadership.

Organizations are also recognizing that learning how to use business narrative doesn't involve elaborate expenditures or lengthy training. It can be mastered by a wide variety of individuals in a short period of time, because it draws on the latent capacity for storytelling that all human beings possess.

Organizations are realizing that their future is going to depend in part on the capability of their managers and staff to harness the power of storytelling.

A workshop tailored to your specific needs
You can arrange for Steve to come to your organization and work with your staff on-site to unlock the immense potential of storytelling to meet your organizational objectives.

A workshop might comprise Steve's involvement at five different levels, depending on the organization's needs:

The workshop should focus on whatever high priority challenges the organization is currently facing.

That might include all or any of the following:

The benefits of such workshops depend of course on how time participants are able to devote to learning the elements of business narrative. The following outcomes are typical:

In addition, it needs to be recognized that storytelling's effectiveness depends not only on our intellect, but also our emotions, our creativity, and our willingness to renew ourselves. Storytelling elicits genuine authenticity in the storyteller as well as the listener. So at one level, storytelling is a tool, but it inevitably ends up as being more than that. It involves a fundamental rethinking of how to go about communicating in any setting.

Steve Denning has given these workshops in major organizations in the public and private sector in the U.S., Europe and Asia.

“Steve Denning is the Warren Buffett of business communication. He sees things others don’t and is able to explain them so the rest of us can understand.”
Chip Heath, author of Made to Stick

The Leader’s Guide to Radical Management

Have you ever wondered what it would take to move your organization to a new level of productivity and innovation, not just as a short-term initiative, but on a permanent basis?

The good news is that some organizations figured out how to do this. They’ve discovered how to subvert the world of Dilbert cartoons. They have found out how to get continuous innovation, and deep job satisfaction, and delighted customers, simultaneously and on a sustained basis.

This way of managing is good news. It’s good for the organization, because it routinely leads to two-times and four-times gains in productivity. And it’s good for customers, because it generates a continuous stream of innovation and gets more value to those customers sooner. What’s more, it’s good for those doing the work: as one CEO told the author: “This way of managing appeals particularly to the new generation, They want autonomy. They want ownership. They want purpose. It makes sense to them. But it also resonates with older workers.”

The Secret Language of Leadership
How do transformational leaders connect and engage with their audiences and inspire enduring enthusiasm for strange new ideas? In his exciting new book, The Secret Language of Leadership: How Leaders Inspire Action Through Narrative, business narrative expert Steve Denning explains why traditional approaches to leadership communication don’t work and reveals the hidden patterns that effective leaders use to spark change. He shows how anyone can inspire enduring enthusiasm for a cause, even in skeptical, cynical or even hostile audiences and provides a comprehensive guide to the nitty-gritty of transformational leadership.

Sparking enduring enthusiasm for change is the principal and most difficult challenge faced by business communicators today. This presentation (and the book) is the first systematic account of how to go about it.

The book’s lucid explanations, vivid examples and practical tips are essential reading for CEOs, managers, change agents, marketers, salespersons, brand managers, politicians, teachers, parents—anyone who is setting out to the change the world. 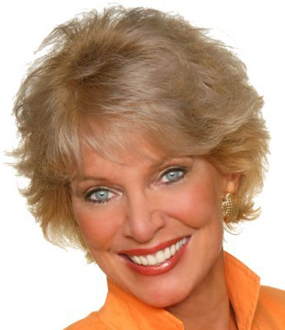 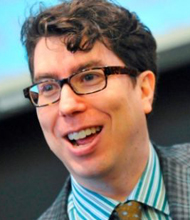