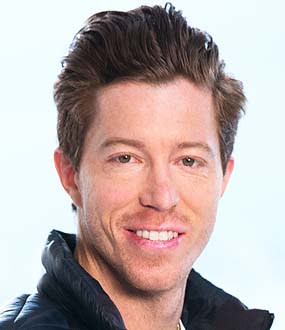 Have you seen Shaun speak? Leave a review.

Three-time Olympic gold medalist, Shaun White put snowboarding on the map of mainstream culture. The extreme athlete’s daring moves, long red hair, and laid back personality captured the world’s attention at the 2006 Olympics. For the average viewer, White was their introduction to the growing sport of snowboarding and its multiple styles, and it is no coincidence that the year after White’s 2006 halfpipe win, snowboard equipment sales in the U.S. peaked historically.

White was born with a congenital heart defect, which required him to undergo two surgeries before the age of one. This condition did not deter him from taking up snowboarding at age six. By age 13, he had turned pro, while simultaneously building a competitive record in skateboarding. Due to his versatility, he became the first athlete to medal in both the Winter and Summer X-Games in 2003, when he was just 16.

With three Olympic golds, White has medaled more than any other snowboarder. He holds the record high score in the halfpipe, for his dramatic final run at the 2018 Pyeongchang Olympics. Additionally, he holds the record number of X-game gold medals and overall medals, totaling at 23.

White has graced the cover of Rolling Stone two times. He’s leveraged his earnings from product endorsements to become one of the wealthiest athletes in winter sports, partnering with companies like Burton Snowboards and Oakley. He has designed and launched his own clothing line for Target and Macy’s, and is heavily involved in philanthropy such as the Boys and Girls’ Club and the Make a Wish Foundation.

Snowboarding legend Shaun White talks about how our obstacles and failures can propel us to success. From grappling with injuries to crashing on the halfpipe in front of a global audience, White reflects on how we often have to take a step back in order to go forward.

"Losing in Sochi at the Olympics is probably one of the best things that ever happened to me," White admits, explaining that the loss was his worst nightmare realized. It also put him in a place where he no longer had product endorsements or contract obligations, leaving him thinking for the first time: "What companies do I want to build now? Now that these deals are ending and I'm actually a free agent in this place, what would I like to do?"

Bring Shaun White to Speak Live at Your Event

The world’s greatest snowboarder, Shaun White applies his approaches to goal-setting and success to business leaders and universal audiences. White draws from his experiences both in competition and entrepreneurship to inspire and equip audiences with tools regarding visualization, failure, and persistence. The down-to-earth champion walks audiences through the mindset he uses to master tricks on the slope and illustrates how they can apply the same steps to their own long-term goals and ventures.

Overcoming Adversity to Achieve Success
• Shaun is known as one of the greatest snowboarders in history, but he had more than his fair share of obstacles. From the uphill battle back from devastating injury to a massive loss at Sochi, Shaun has overcome countless hurdles to achieve his ultimate redemption at the 2018 PyeongChang Olympics. In this talk, he discusses what it means to embrace risk and demonstrate mental and physical fitness to produce extraordinary results.

How to Set and Achieve Goals
• Shaun’s legendary athletic career started out as nothing more than a goal. Shaun discusses how imperative it is to set long-term goals and why it’s the single biggest arbiter of who can produce incredible results. The long-term goal should be the compass you use to make every decision. Every step you take, no matter how small, should move you toward achieving your goal.

Become a Peak Performer in Your Field
• Even as a child, Shaun had an absolute sense of certainty that he would be the best snowboarder in the world. That confidence enabled him to accomplish virtually anything, including things that other people saw as impossible. His self-assured mindset combined with his insatiable drive enabled him to beat out his competition time and time again.

Growing a Global Brand
• Shaun White has flourished not only in sport but also in business, and he has become a global brand with universal recognition and exposure. Audiences will be floored by his personal story and insights into building a lasting and wildly successful global brand. 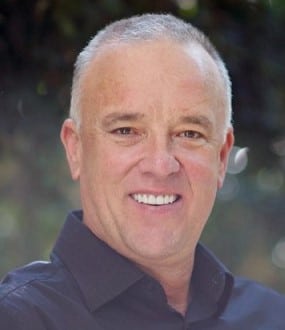 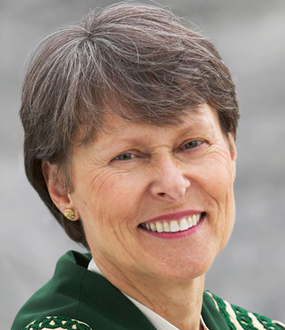