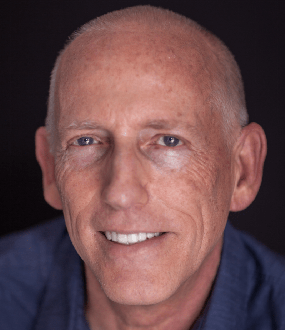 Every day 150 million people around the world in 56 countries enjoy the Dilbert comic strip while reading 1900 newspapers. Dilbert‘s creator, Scott Adams, brings his unique, humorous insights into the world of business and office life to the public stage

Adams began his working life in the business world (after a variety of teenage jobs ranging from cowherd to busboy, gardener to security guard); graduating from Hartwick College with a BA in economics, he joined Crocker National Bank in San Francisco. While there he took his MBA from the University of California, Berkeley, by going to night school and then joined Pacific Bell. After eight years he left to work on his Dilbert strip full-time.

Hitting the jackpot with his first ever comic strip, Adams is one of the most recognized and widely read cartoonists on the planet. The first book he wrote, The Dilbert Principle, became a #1 New York Times bestseller and is one of the bestselling business books in history. His collection of books, which includes four business titles and twelve comic strip reprints, have sold over 10 million copies among them. Adams also invented the revolutionary concept of an advertising supported daily comic strip on the web; The Dilbert Zone website was the first syndicated comic strip on the web and one of the very first of any type of website to make a profit. The Dilbert character has launched a multitude of spin-off merchandising including a successful TV show.

Adams retains his links with the world of business; the restaurant he opened with a business partner, Stacey’s Cafe, enjoyed much success in Pleasanton, California. Recently he has launched a new venture with food industry veteran Jack Parker. Looking for palatable high nutrition food to sustain him during his long working days, he realized that such a thing did not exist. Together he and Parker have created the “DILBERITO,” a tasty handheld microwaveable food which contains 100% RDA of 23 essential vitamins and minerals.

Scott Adams tells his audience with his trademark humor and wit about his many failings along the road to success. He analyzes some of the common myths about what is needed for success and the things that don't help at all. Talking about his belief that passion is not a prerequisite for success, he says, “I was talking to a friend about this and he said he didn't believe it, passion must be needed for success. Look at the winners of American Idol, he said, every one of them is filled with passion. I said to him, have you seen the first programs of a season, they have whole stadiums full of people and they are all filled with passion. If you follow the numbers, passion overwhelmingly leads to failure."

Adams not only explains what is not necessary but shares his secrets for being ready when success comes calling. “You want to be physically and mentally alert and energetic and ready to take on stuff, that's not really passion, that's working with energy and systems."

Bring Scott Adams to Speak Live at Your Event 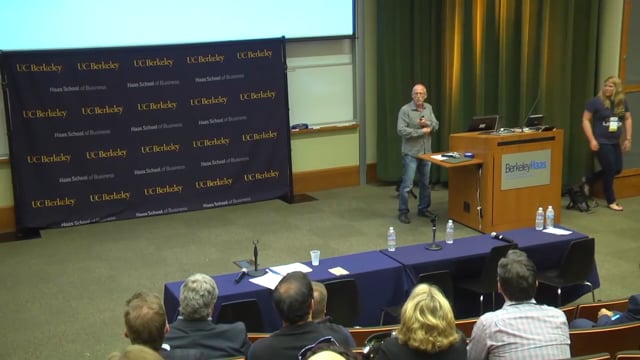 Scott Adams, the extraordinarily successful genius behind the Dilbert comic strip, is not only an expert cartoonist but also an expert in failure. Trying every job imaginable and pretty much failing at all but one, he shares the secrets of his ultimate massive success. With great good humor as well as uniquely valuable teaching points, he shows that every failure has a gift to you that you can use as a stepping-stone towards success. He urges his audience to embrace his philosophy, which is that it is possible to manage your opportunities in a way that makes it much easier for luck to find you.

Taking his audience through his journey from office worker to the cartoonist that office workers are most likely to have on the walls of their cubicle, Adams takes his audience on the journey he took to success. Using his scathing humor he shares some of the risqué ideas that didn’t make it to publication and also his own unique secret tips for success. At the end of his speech, Adams, who is very attuned to current business issues, will be pleased to take questions from the audience.

*Please note that Scott Adams only accepts invitations to speak at events in the Western United States.

How to Fail at Almost Everything and Still Win Big

Scott Adams says he’s failed at more things than probably anyone you know. In fact, he claims to have failed at more than 30 business ideas. Fortunately, one of his best ideas—the Dilbert comic strip—has become one of his most successful. So how did Adams turn his numerous failures into successes? How did he take what he learned, and instead of letting it defeat him, moved ahead? Just as Dilbert reflects much of Adams’ experience in the corporate world, Adams uses stories of his failures to give his audience a completely new template for success, turning three of the bedrocks of business—goals, passion and luck—on their heads.

The Dilbert comic strip has been called, "the best window into the reality of corporate life that I've ever seen," by Mike Hammer, co-author of Reengineering the Corporation. Chances are you have one or two of the side-splitting strips pinned up on your wall at work right now. With the scathing humor for which he's best known, Scott Adams takes audiences along on his long, strange journey from cubicle dweller to creator of Dilbert, the character with which hundreds of thousands of desk jockeys everywhere have groaningly identified. Adams jokes about the cartoons that didn't make it past the editors (rated PG) and his secret tips for success that you "won't hear anywhere else." Well-versed in the business issues of the day, he also takes questions from the audience.

Help Wanted: No Passion Needed
Scott Adams started his career like many workers – in a sea of cubicles, micromanaged and marginalized. After 16 years in the corporate world, he exchanged his mousepad for a sketchbook and became a full-time cartoonist. Although he took a risk to pursue his passion, Adams has a lot to say about passion and how it is not a pre-requisite for success. Adams loves to turn foundational business concepts upside down and demonstrate from his own life experiences how goals, passion and luck have little to do with success. 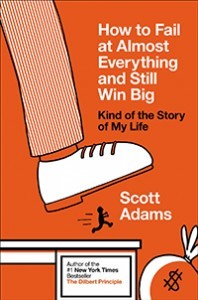 How to Fail at Almost Everything and Still Win Big

Scott Adams has likely failed at more things than anyone you’ve ever met or anyone you’ve even heard of. So how did he go from hapless office worker and serial failure to the creator of Dilbert, one of the world’s most famous syndicated comic strips, in just a few years? In this talk, Adams shares the strategy he has used since he was a teen to invite failure in, embrace it, then pick its pocket. He pulls back the covers on his own unusual life and shares how he turned one failure after another into something good and lasting. His keynote offers a lot of laughs alongside unique and helpful ideas for your path to personal victory. As Adams says, “This is a story of one person’s unlikely success within the context of scores of embarrassing failures. Was my eventual success primarily a result of talent, luck, hard work, or an accidental just-right balance of each? All I know for sure is that I pursued a conscious strategy of managing my opportunities in a way that would make it easier for luck to find me”.

No career guide can offer advice that works for everyone. As Adams explains, your best bet is to study the ways of others who made it big and try to glean some tricks and strategies that make sense for you. Adams pulls back the covers on his own unusual life and shares how he turned one failure after another into something good and lasting.

Adams reveals that he’s failed at just about everything he’s tried, including his corporate career, his inventions, his investments, and his two restaurants. But there’s a lot to learn from his personal story, and a lot of humor along the way. Adams discovered some unlikely truths that helped to propel him forward. For instance:

Adams hopes you can laugh at his failures while discovering some unique and helpful ideas on your own path to personal victory. 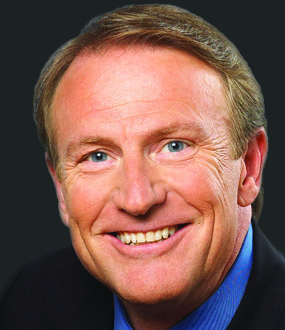 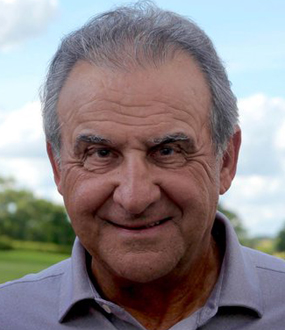 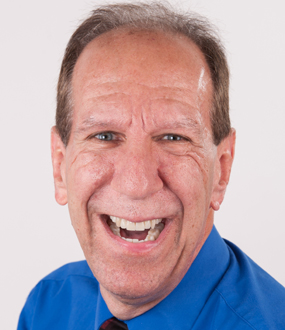 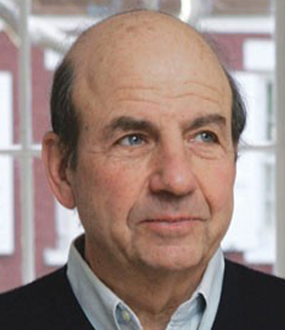