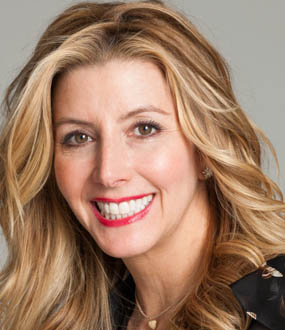 Have you seen Sara speak? Leave a review.

Starting out with just $5000 in savings, Sara Blakely, entrepreneur and designer, is now one of the most famous names in the 2 billion-dollar hosiery industry, an arena traditionally dominated by men. Her adventure began when she found that she could not find slimming footless pantyhose to wear with open toed shoes. This lack resulted in her inventing SPANX, now one of the most famous names in the industry. In her first three months of operation, Sara sold 50,000 pairs of SPANX while working from her apartment. SPANX are now available in more than 60 styles and are worn by everyone from Oprah Winfrey (who put them on her “Favorite Things” list) to Kim Kardashian.

Never having taken any further funding beyond her own initial $5000, SPANX now enjoys over $100 million of retail sales every year and are found in the finest boutiques in America, such as Saks 5th Avenue, Bloomingdale’s and Parisian, and around the world.

Sara appeared weekly on Fox TV as a cast member on The Rebel Billionaire: Branson’s Quest for the Best. On the show she undertook daredevil world record attempts, met Nelson Mandela and led a number of successful business challenges. Finishing the show as first runner-up, she received a $750,000 check to help her launch the Sara Blakely Foundation, which exists to empower and support women worldwide. Further funding for the Foundation comes from the sale of ASSETS, a brand Sara created exclusively for Target to ensure that her slimming products are available for women everywhere. Sara also supports other charities, having made a $1 million donation to the Oprah Winfrey Leadership Academy Foundation.

The amazing story of SPANX and Sara has caught the imagination of the media; she has appeared on The Oprah Winfrey Show, CNN, Forbes, E! and Glamour, and been featured in Vogue, People, InStyle, New York Times, Vanity Fair and USA Today, amongst many others. She has been named Ernst & Young’s Southeast Regional Entrepreneur of the Year and Georgia’s “Woman of the Year.”

Sara Blakely tells the story of her amazing success with her product SPANX. She not only explains the process that led her to invent the product, but shares some of her marketing ideas and secrets with her audience. She says, “I knew that if I got that shelf space I needed to make it stand out, to say I'm here, I'm new, pick me out. I had no money to advertise, so I chose red, which was extremely unconventional, nobody had ever used red in the hosiery or shapewear space, and I did something nobody else ever done either, I put three cartoon looking women on the box… I wanted it to feel like kind of a present to myself."

Remembering her early days of success, she says, “I literally ran the business out of my apartment for a year and a half, and of course after a few months the next thing I decided to do was I said, I'm going to Europe. So I grab my lucky red backpack, get on the plane, I made cold calls to Harrods, Harvey Nicks and Selfridge's, I got to be on the BBC and the guy who was interviewing me said tell us what SPANX can do for women in the UK. So I said, it's all about the fanny, it smooths the fanny, it lifts and separates the fanny… and all the color went out of his face. I didn't realize that in England fanny means vagina…"

Detailing the incredible progress the company has made, she says, “We've gone from 1 to over 100 employees, from a single footless pantyhose we're in swim, in bras that are amazing–they're called Brallejulah, they're amazing–we've done so many amazing things with SPANX, it's exceeded my wildest dreams."

Bring Sara Blakely to Speak Live at Your Event 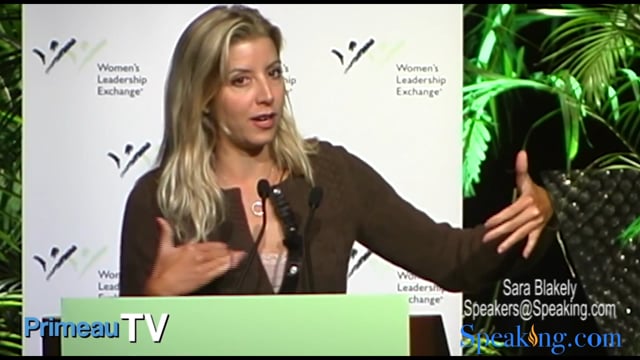 Sara Blakely knows what it takes to succeed as an entrepreneur, having taken her $5000 investment and leveraged it into a company turning over hundreds of millions of dollars every year. She can speak to you of the hurdles involved in starting your own business, the challenges facing women in a male dominated business world, entrepreneurship, fashion and public relations.

Finding Your Leg Up: Inventing the Career of your Dreams
Sara Blakely, Spanx founder, shares with audiences several key concepts she believes helped her company become what it is today—market leader with $400 million in annual sales.

Blakely talks about how failure comes from staying in your comfort zone rather than stretching yourself. She also talks about how not knowing your marketplace or even the product you are developing can have its positives. She knew nothing about patenting a product, manufacturing, marketing or product development. But she pursued her idea, researched and learned what she needed to know, hired others who knew what else she needed to know, and was committed to her mission. 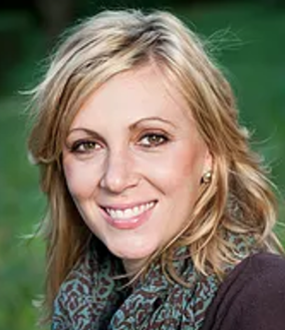 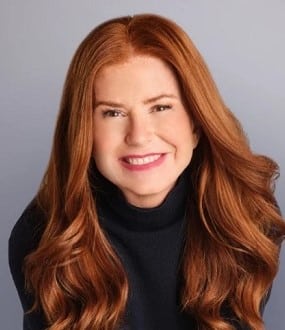 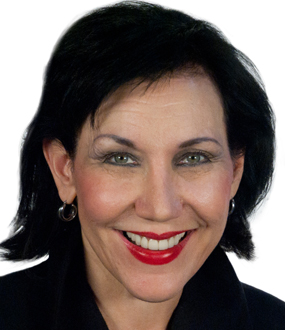