Have you seen Roy speak? Leave a review.

One of the most compelling sportscasters and interviewers of all time, Roy Firestone is a popular entertainer and speaker on the corporate circuit. The former ESPN sports journalist showcases his ability as a talented singer, impressionist, and humorist.

Firestone won the hearts of America with his engaging interviews that took fans inside the lives of athletic legends such as Michael Jordan and Mickey Mantle. Sports Illustrated claimed not only was Firestone the best sports interviewer in history, he was “one of the best interviewers period.” Even those who don’t follow sports may recognize him from his iconic scene with Cuba Gooding Jr. in the 1996 classic movie Jerry McGuire or his interviews of other high-profile figures including directors, entertainers, and politicians.

Lately Firestone has dedicated his career to writing, singing, and live stage performances. He has published two autobiographical books that delve into his fascinating experiences interviewing more than 5,000 nationally known figures.

Roy Firestone shares the fun and inspirational spirit of sports in a dynamic one-man-variety show that includes singing, celebrity impersonations, and touching tales from his decades of sports coverage and interviews.

Bring Roy Firestone to Speak Live at Your Event

Roy Firestone offers a highly energetic mixture of storytelling, music, humor, uncanny vocal impressions, unforgettably moving video clips, and heart rendering observations. His programs are a celebration of life not just through the prism of sports, but his 20-year association of the greatest names in American public life. Whether he’s evoking laughter or tears, Firestone delivers a show worthy of a standing ovation.

Mr. Firestone performs his multi-media review before audiences in Las Vegas, at major sporting events, meetings, formal events and conventions throughout the world. He is an accomplished singer, impressionist, and humorist.

What People are Saying about Seeing Roy Speak

“Roy was fabulous! He was hysterically funny, extraordinarily talented and inspirational. We laughed and cried…I would hire him again in a heartbeat!”
– Lynne Royek, Meeting Planner, Meeting Masters

“Roy was a smashing success at the AAP meetings! Thank you for all of your efforts in making this happen in such a short time frame. We will certainly keep you and Roy in mind for all future opportunities.”
– Advance Auto Parts

“Your involvement was an integral part of the process that helped insure the success of a very stimulating and educational program. This year′s Conference book was informative and provided instructional papers which the membership will find beneficial. Your contribution to this effort is most appreciated.”
-David N. Finnman, President, Institute for Professionals in Taxation

“In a word Roy Firestone was GREAT!!!!!! … he sang, he spoke, he used videos…. He even did a special piece highlighting Houston athletes. He was one of the most accommodating entertainers I′ve ever worked with and a lot of fun to be with!”
– Susan Jacobson, Jewish Federation of Greater Houston

“On behalf of the PLUS board of directors, the membership and me personally, please accept our heartfelt thanks and appreciation for your outstanding contribution to the success of our conference. Your performance enhanced our conference immeasurably.”
-William R. Mullin, President, Professional Liability Underwriting Society

“Please accept my thanks on behalf of the membership of the Michigan Health & Hospital Association for a motivating presentation during our recent annual meeting. I know that all in attendance enjoyed your humor, style, and energy. I personally appreciate your willingness to join us for this meeting. You were just the right presentation to put some substance behind our theme.”
-Marlene K. Hulteen, CAE, Group Vice President, Michigan Health & Hospital Association 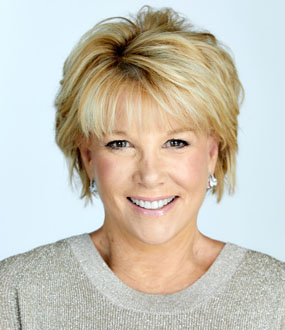 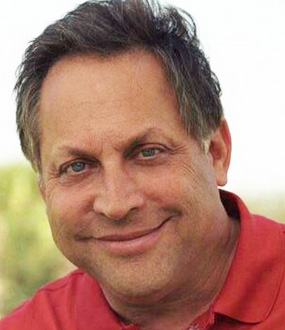