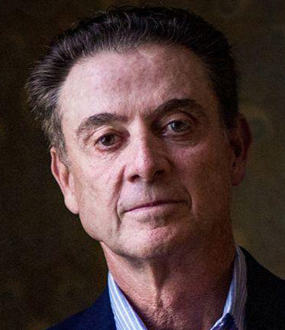 Have you seen Rick speak? Leave a review.

When the University of Louisville went looking for its first new men′s basketball coach in 30 years just nine years ago, it didn′t just get the best person available. The Cardinals got arguably the best person, period.

Rick Pitino, one of the most brilliant minds in coaching, began a new era in University of Louisville men′s basketball when he was named head coach of the Cardinals on March 21, 2001. And as he successfully accomplished at his previous three collegiate coaching stops, it is clear a decade later that there couldn′t have been a finer choice to continue to lead Louisville to its place among the nation′s elite teams.

The only coach in NCAA history to take three different teams to the NCAA Final Four, Pitino′s up-tempo style, pressure defense, strong work ethic and family atmosphere have quickly returned the Cardinals to national prominence, with top 25 rankings over the last eight years and a visit to at least the final eight teams of the NCAA Tournament in three of the last seven years as evidence.

In 25 seasons as a collegiate head coach at four different schools, Pitino has compiled a 597-220 record, a .731 winning percentage that ranks him 12th among active coaches. He has a 245-96 record in 10 seasons at UofL, the third winningest coach in Cardinal history. UofL is among the nations′ top 15 programs in winning percentage over the last decade under his guidance. His current contract ties him with UofL through 2016-2017.

A 2006 inductee to the New York City Hall of Fame, Pitino has embraced the storied tradition of Louisville Basketball and made a commitment to producing a vibrant program that will soon challenge for a national title.

Pitino′s impact goes beyond the teaching, motivation and X′s and O′s of his on-the-court skills. His incredible charisma, tireless work ethic, captivating speaking skills and widespread appeal not only mesmerize the Cardinal faithful, but have the college basketball world abuzz as well. His arrival in Louisville has generated incredible attention beyond the borders of the state he and his family have come to love.

Pitino is known for getting his players to believe in themselves, instilling the desire to succeed and driving his players to overachieve. His former players speak of their coach′s caring nature beyond their basketball skills.

Aside from his hoops prowess, Pitino has achieved success off the court as well in such realms as broadcasting, publishing, motivational speaking and horse racing. He is an accomplished author, producing such books as the best seller Success Is A Choice and Lead to Succeed.

He earned his degree in 1974 at Massachusetts, where he was a standout guard for the Minutemen′s basketball team. His 329 career assists rank eighth all-time at UMass and his 168 assists as a senior is the sixth-best single season total ever there.

I cannot express how wonderful Rick was during his presentation and also
during the meet and greet! He was a delight to listen to and was very
personable to all the Managers.
Woodmen of the World Life Insurance Society
(Engagement arranged by Speaking.com)

Bring Rick Pitino to Speak Live at Your Event 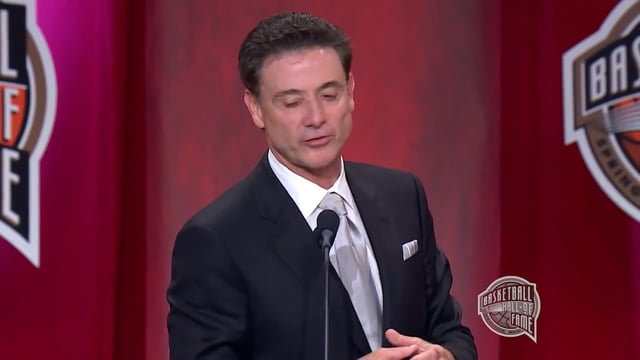 Success Is a Choice

In this captivating and charismatic program, Coach Pitino will:

This ten-step plan isn′t for quitters or for people looking for the easy road to success. But neither is it for the superstar talents or those with a Midas touch who expect their luck to hold forever. "Success Is a Choice" is for anyone who is serious about making dreams reality. It′s a tool for preparing yourself for the challenges you face - from developing habits and discipline that will get you started down the path to success to learning the value of ferocious persistence as you begin to reach and surpass your goals.

Rebound Rules: The Art of Success 2.0

The only coach in college history to lead three different schools to the Final Four, Rick Pitino is a basketball icon. He is an NCAA champion and a bestselling author, but Pitino′s journey has not been without life-altering adversity, including the devastating loss of his infant son, Daniel, and the death of his brother-in-law and best friend in the World Trade Center attacks of 9/11.

In his new book, Pitino is more deeply personal, more inspiring, more practical, and more powerful than ever before. More than a comeback story, Rebound Rules is a manual for overcoming life′s difficulties and resetting your worldview for a fresh start, written by one of the sporting world′s most innovative and dynamic leaders.

Lead to Succeed: 10 Traits of Great Leadership in Business and Life

The master motivator shows how to cultivate the traits that all great leaders must possess?

As Rick Pitino says, great leaders aren′t born great; they learn great leadership along the path of life. Pitino′s insights on leadership and how it can be harnessed in positive and productive ways make him one of the most sought-after speakers in corporate America. In Lead to Succeed, Rick Pitino shares the ten traits of great leadership he discovered and has cultivated himself, and shows how you too can incorporate them into your own game plan. His program includes:

Pitino reveals why dictating and people-pleasing are dead ends, and how communication, consistency, and selflessness are the most effective ways to motivate the people who follow you-at work and at home. A perfect book for executives, managers, and sports fans, Lead to Succeed can make great leadership within reach.

Success Is a Choice: Ten Steps to Overachieving in Business and Life

MAKE RICK PITINO YOUR PERSONAL COACH AND ACHIEVE MORE THAN YOU EVER THOUGHT POSSIBLE.

For Rick Pitino, the first coach to bring teams from three different schools to the Final Four, success isn’t about shortcuts. Pitino’s secret–and the reason he has become both a great coach and one of the most sought-after motivational speakers in the nation–is his strategy of overachievement. Now, in Success Is a Choice, he takes the same proven methods that have earned him and his teams legendary status and gives you a ten-step plan of attack that will help you become a winner at anything you set your mind to:

An inspiring program that is as fun to read as it is practical, Success Is a Choice can make the difference between achievement and failure in your own life. 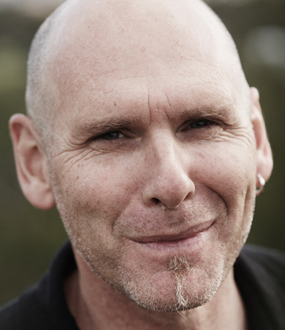 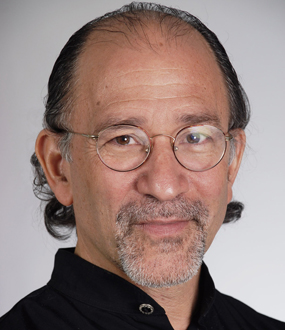