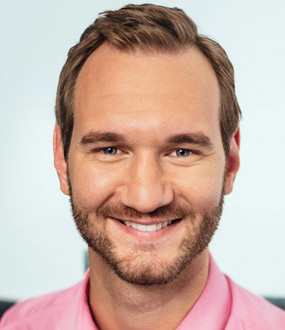 Few speakers have a better claim to be regarded as inspirational than Nicholas Vujicic. Born without arms or legs, he has overcome his disability in the most astonishing ways, setting a true example of inspiring success to any who have ever doubted their ability to achieve their goals.

During his childhood in Melbourne, Australia, Nick had to cope with feelings of loneliness and depression as he questioned just what purpose a limbless individual could have in life. He experimented with electronic arms in the hope of becoming more like his peers, but they became more of a hindrance than help. Forging his own path, Nick found ways to accomplish tasks many of us take for granted, such as typing, swimming, even just cleaning our teeth, in the most inventive manner.

Nick’s success in adapting techniques for everyday life was reflected in his election as captain of his school in grade seven and his work with the student council to raise funds for local charities and disability campaigns. On leaving school he continued to study and was awarded a double bachelor degree, majoring in accounting and financial planning. It was at this time that Nick began his career in motivational speaking, driven by a desire to inspire others to overcome the struggles that they face in life through his example. His story thus gained wider coverage, and in 2005 he was nominated for the “Young Australian of the Year” award, an honor only ever given to the most inspirational of young people.

Eight years from beginning his career as a motivational speaker, Nick has recently moved to California where he acts as president of an international non-profit organization as well as running his own motivational speaking company, Attitude is Altitude. Millions of people around the world have heard Nick’s incredible story of fortitude and determination, either in person or through television and other media. His travels (this year alone he is scheduled to speak in more than twenty countries) have allowed him to meet with many of the world’s most influential figures.

As a speaker, Nick encourages his audiences to dream big. He uses his own story to demonstrate that obstacles need not be problems but can be growth opportunities. In his life he has shown that persistence and embracing the lessons of failure can achieve almost anything. With his humor, faith and a deep and sincere empathy with other human beings, Nick Vujicic has truly earned the title of of being one of the most inspirational and motivational speakers in the world today.

In this video, Nick speaks to El Centro High School students about supporting one another instead of bullying and overcoming challenges we all face growing up. He inspires young people to be their best.

“If you leave the seed of lies in your heart and your mind and you don't know the truth, you will die with a lie," Nick explains, extolling the virtues of honesty, especially with oneself. Relating his philosophy to his own inspirational life in which he has rejected conventional expectations of his abilities and capabilities, he says, “I started dying because I believed what I was told."

Bring Nick Vujicic to Speak Live at Your Event 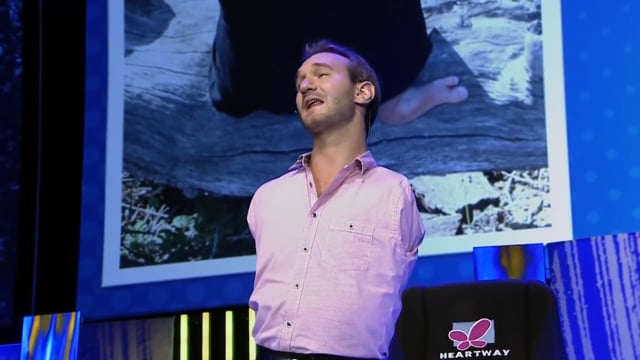 Nick inspires his audiences and challenges them to rethink their perspectives. His accomplishments, despite his disability, are a vivid reminder that day-to-day challenges can be overcome – if you take the right approach.
Nick speaks to businesses of all sizes, motivating and inspiring employees to strive to reach their full potentials. He also encourages and edifies educators, reminding them how important their support and motivation can be for students.

Nick’s unique lifetime achievements place him in a very special position to motivate his audiences. The president of a non-profit organization in the United States as well as of his own company by the age of twenty-five, he demonstrates to his audiences the power of making the right choices in life; his attitude, conveyed with great good humor and charisma, is that if he didn’t give up, then why should you?

Nick takes pride in tailoring his presentations to his target audience, be they students, educators or employees of large or small companies. Whether you want to learn about leadership, persistence, goal setting or maximizing your potential, Nick has the experience and talent to offer you the most valuable of life lessons.

He makes every person feel that they have a special part to play and that it is in their power to do it better. He shares his personal experience of encouragement and helps his audiences find ways of overcoming the great challenges in their lives. Nick will not only make you feel that you can better yourself but you can also help your colleagues and your community as well.

Nick encourages his audiences to dream big and inspires them to improve their own attitude regarding the obstacles in their lives. His accomplishments, in spite of his disability, are a constant reminder that the every day challenges we face can be overcome.

Nick offers a challenging perspective of using to the best of your ability the gifts you have been given. He will share key values and attitudes that will give you the insight to draw strength from every circumstance. Nick is a testimony of success in life by choosing to have the right approach. At the age of twenty-four he has accomplished a double degree in accounting and financial planning. He is president of a non-profit organization in the United States as well as business ventures in Australia. Nick has a tremendous gift in captivating people using his vibrant humor and charisma. He forces open a new horizon in people′s vision and heights of achievement in all areas of life. Nick will share how the power of making the right choices in life will allow you to never give up, but instead to get up. Expect to be envious of the man with no arms and no legs.

We believe that every corporation can thrive and that all people can find great purpose in their work. Nick is here to captivate the attention of the business world by motivating both employees and employers to realize their true value and acquire the highest altitude of performance.

Nick has been a motivational speaker at numerous corporate events and illustrates how the proper way of thinking can lead to an abundant life. He challenges the business world to adopt a clear perspective. Becoming aware of one′s strengths produces desired results. Nick serves as an example of how to overcome and beat the odds.

We are dedicated to making a lasting impression on the minds of many. Nick leads people to identify their aspirations, gather insight and create a path of achievement. All people can flourish and everyone is worthy of prominence.

Whether you have a small local business or a massive worldwide corporation, you have employees who need some motivation from time to time. In this hectic on-the-go world where work is no longer just a nine til five, Monday to Friday job, employers and employees find themselves getting tired of giving too much. Some find they don′t give enough. How do we get our employees to enjoy their job and work hard to reap the rewards?

Nick Vujicic speaks to employees about giving their all and performing their job to their fullest potential. If a man without arms and legs can start his own motivational speaking corporation and be the president of an international non-profit organization at the age of 25, than anyone- no matter what they think their limitations are, can make it in the business world.

Whether their job is making coffee, serving customers, answering phones, negotiating business deals, directing a company, or driving a bus, they each have a role to play and without people doing the jobs that they do, this world would not run the way that it does. Sometimes employees need to be pushed to get work done, sometimes they need some outside motivation. Nick brings an inspiring message to employees and employers alike, sharing the keys to success in being all that they can be in their workplace.

For Workers in the Education Industry:

Youth and young people today are so very impressionable. Parents are spending less and less time with their children meaning that the main influences in the lives of the new generation, aside from the media and peers, are their teachers. With educators playing such a crucial role in young peoples′ every day lives it is important that they stay motivated and that they realize the significance of their position. Nick Vujicic shares with educators that throughout his schooling years, the support and encouragement from his teachers was a major contributing factor in him finding victory despite his circumstances, as well as in him overcoming his obstacles against the odds. Nick′s words will refresh your educational staff and encourage them that what they are doing is for a greater cause and is effecting lives more than they might realize.

Nick Vujicic can tailor his message and presentation to suit the needs of your company. Just a few examples of some of the topics Nick speaks on in the corporate sector are as follows: 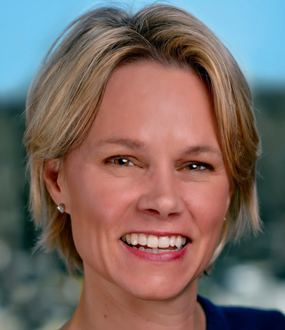 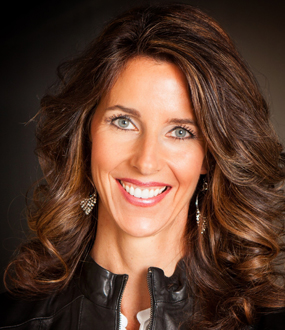 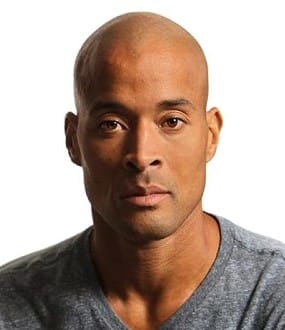