“One of the nicest, most congenial guest speakers we have ever had and extraordinarily easy to work with. Mr. Steele was a pleasure.”
Newington Cropsey Foundation

Michael Steele is President and CEO of The Steele Group, a company he formed in 1999. The Steele Group works with institutional and individual clients to design overall business development, investor, networking, and communications strategies.

Presently, Mr. Steele is a political analyst for MSNBC. Mr. Steele’s ability as a communicator and analyst have long been showcased by his position as a contributor on the Fox News Channel and as a regular host for the Salem Radio Network’s nationally syndicated Morning in America Show. Additionally, Mr. Steele has been an entertaining and eloquent guest on cable political talk shows such as HBO’s Real Time with Bill Maher and Comedy Central’s The Daily Show and The Colbert Report.

Mr. Steele’s personal and political experiences coupled with his engaging speaking style have launched him into national prominence. Mr. Steele regularly shares his personal story and political philosophy with a wide variety of audiences. Most recently, Michael Steele served as Chairman of the Republican National Committee (2009 – 2011). As chairman of the RNC, Mr. Steele was charged with revitalizing the Republican Party. A self-described “Lincoln Republican,” under Steele’s leadership the RNC broke fundraising records (over $198 million raised during the 2010 Congressional cycle) and Republicans won 63 House seats, the biggest pickup since 1938. His commitment to grassroots organization and party building at the state and local levels produced 12 governorships and the greatest share of state legislative seats since 1928 (over 600 seats).

Mr. Steele earned a place in history in 2003 when he was elected Lieutenant Governor of Maryland, becoming the first African American elected to statewide office in the state. As Lt. Governor of Maryland, Mr. Steele’s priorities included reforming the state’s Minority Business Enterprise program, improving the quality of Maryland’s public education system
(he championed the State’s historic Charter School law), expanding economic development in the state and fostering cooperation between government and faith-based organizations to help those in need.

An expert on political strategy and election reform, he served as Chairman of GOPAC (2007-2009), and also held posts on the National Federal Election Reform Commission and the NAACP Blue Ribbon Commission on Election Reform.

Mr. Steele writes a regular column for The Root.com and BET.com and his writings on law, business and politics have appeared in The Wall Street Journal, The Washington Times, Politico.com, Townhall.com, The Journal of International Security Affairs and Catholic University Law Review, among others. He is the recent author of Right Now: A 12-Step Program for Defeating the Obama Agenda , which is a call to arms for grassroots America.

Born at Andrews Air Force Base in Prince George’s County, Maryland, Mr. Steele was raised in Washington, DC. He spent three years in the Order of St. Augustine in preparation for the priesthood. He is a graduate of Johns Hopkins University
(1981), Georgetown Law Center (1991), and an Aspen Institute Rodel Fellow in Public Leadership.

Mr. Steele is a member of St. Mary’s Catholic C hurch in Landover Hills, MD, where he attends mass regularly with his wife Andrea.

Michael Steele on blacks and the GOP

Michael Steele Lashes Out at Critics on ABC News Radio

Bring Michael Steele to Speak Live at Your Event 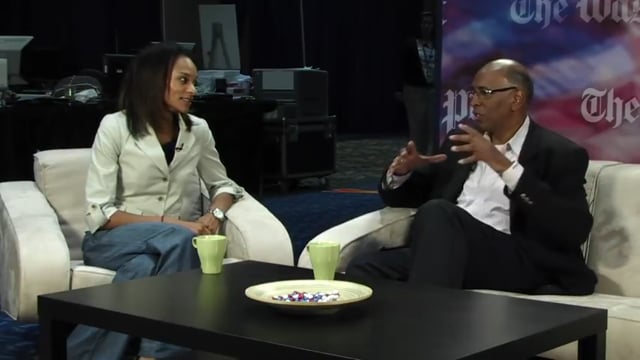 Inspired and Inspiring Leadership
Michael S. Steele delivers a stirring presentation on his personal journey from his childhood as the son of a working mother in Washington, DC, to his difficulties in college, his years in a Catholic seminary, and his election to public office and rise in the Republican Party. He is a role model and leader whose personal story of struggle and fortitude inspires audiences of all ages.

The Political Scene According to Steele
Michael S. Steele is a witty, engaging, and savvy political observer. His experiences as Maryland's lieutenant governor, as a candidate for the US Senate, and as a Republican Party leader make him an excellent guide on the fast-paced world of politics. He is a political pundit and a respected political analyst at MSNBC.

Solutions to Move America Forward—A View from Both Sides of the Aisle
When paired with a speaker with contrasting ideals; Michael S. Steele expertly presents a compelling point-counterpoint debate over some of the major issues that will impact the nation. 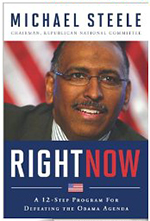 Right Now: A 12-Step Program For Defeating The Obama Agenda
What Should Conservatives Do in the Age of Obama?
Two Words: Fight Back

President Obama ran on promises of bipartisanship and centrism, but he’s delivered something else: unprecedented government borrowing and spending, unsustainable debt, and audacious attempts to usher in a colossal, overbearing government, the likes of which we’ve never seen. In Right Now, Republican National Committee chairman Michael Steele blows the whistle on the entire Obama agenda. Setting aside appeals for caution in taking on a popular president, Steele throws down the gauntlet, insisting Republicans must expose and refute the policies lying at the heart of this administration’s attempts to resurrect a discredited brand of extreme liberalism.

A call to arms for grassroots America, this book argues for abandoning “conservatism-lite,” returning to core conservative principles, and launching an uncompromising campaign for limited government. The path to a Republican renaissance has already been laid, says Steele: the target is the Obama agenda, the method is active opposition, and the time is Right Now. 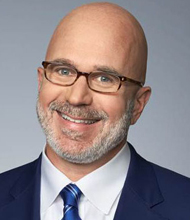 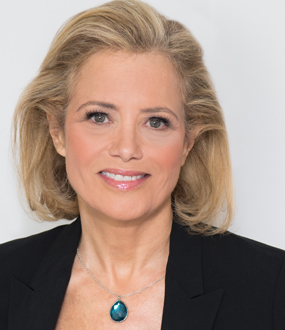 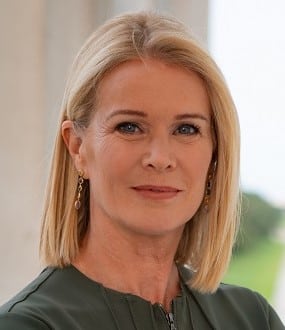 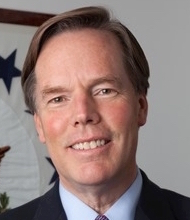