Have you seen Matt speak? Leave a review.

From rowing through the Northwest Passage to surviving the 50-foot-wave that toppled his ship, explorer Matt McFadyen makes teambuilding a true adventure. The youngest Australian to traverse the North Pole, Matt uses his gripping experiences to help groups perform in circumstances that are packed with pressure and unpredictability.

Matt has led three record-breaking expeditions to the North Pole & two long-haul sailing trips to Antarctica. In recent years, he and a teammate completed the 2,000-mile-journey across the North West Passage, with only a small rowboat as their means of transport. He’s come close to death more than once, but due to solid teamwork and the ability to act under pressure, he and his team have walked away safe and sound from the most extreme locations on the planet.

Matt has a unique ability to relate his work to the business world. He’s given over 500 presentations, training and energizing teams on five different continents.

Bring Matt McFadyen to Speak Live at Your Event 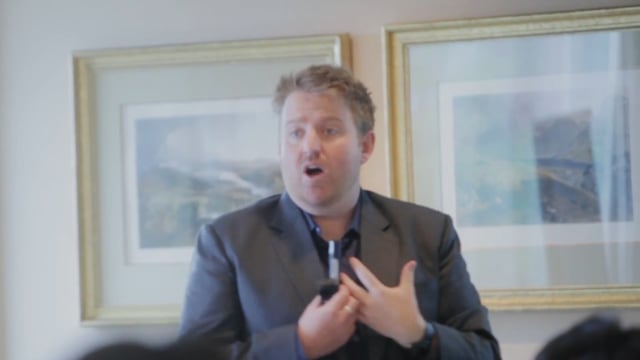 Matt McFadyen’s experiences in the world’s most extreme locations provide a striking frame of reference for the obstacles your team may be facing. The polar adventurer and team leader actually puts your group into his stories using an interactive format that lets members vote in real time about the decisions they should take. Matt gets everyone in the room emotionally involved in his past voyages while simultaneously preparing the audience with the skills and confidence they need to go out and achieve.

Antarctica - Ignite the Fight
Deep in the Great Southern Ocean, the crew on board Solo Globe Challenger is locked in a battle for survival, 1000 miles from land.

The storm is intensifying. It is 2 AM.

Matt McFadyen is alone at the helm when the wave hits. A fifty-foot wall of water explodes in the darkness and throws the tiny yacht upside down.

Matt is tossed overboard. He is pinned underneath the boat and unable to surface.
So begins an epic fight that would change the lives of all onboard.

Adventurer and master storyteller Matt McFadyen will take you on this amazing journey. From the dizzying heights of success to the deep troughs of despair Matt will lead you through the full spectrum of raw human emotions.

Along the way you will learn what is required to ′Ignite the Fight′, both personally and as a team. What is required to overcome adversity. And above all what it feels like to be truly inspired, motivated and moved to act.

The North Pole - Win every day!

Imagine waking up at 5am. You are lying on the frozen Arctic Ocean. It’s minus 45 degrees...inside your tent.

You have come to one of the most remote and inhospitable places on the planet with one goal, to ski to the North Pole. But overnight whilst you slept, the ice underneath you has drifted over 4 miles, backwards! It will take you all day, dragging a 200lb sled, to simply get back to where you went to sleep last night.

Adventurer Matt McFadyen knows this feeling all to well, having been part of 3 successful expeditions to the North Pole. Matt also knows what it takes to get out there and win, to win each and every day.

Join him as he leads your team on their own unique North Pole adventure and revels the secrets to winning each day. Through powerful stories and real life footage Matt will guide the audience through this landscape of constant change.

The Power of Partnership

In 2007, looking to drive their leading reputation in the environmental industry PricewaterhouseCoopers (PwC) Australia partnered with adventurer & leadership consultant Matt McFadyen. The partnership, an 18 month long, firm wide engagement program. Testing the true meaning of the word partnership, the program would climax with Matt teaming with a PwC senior partner to reach the end of the earth, the North Pole.

Initially engaged by PwC to deliver a national roadshow of keynote presentations, Matt soon found the partnership expanding in scope and scale. The results of the program have been called“ The most successful staff engagement event to date".

Why would a firm like PwC partner with an adventurer? The Power of Partnership explores this question. Matt will lead you through the risks and rewards to partnering in business and in life.

What People are Saying about Seeing Matt Speak

“I recently had the opportunity to hear Matt McFadyen deliver his presentation on his personal Antarctic journey. I was thoroughly memorized by Matt’s subject matter, style, and engagement with the audience. He is able to bring every one of the participants along with him as he experienced the triumphs and epic challenges of his journey. Adding interactive “what would you do” moments into the presentation adds to the immersiveness of the experience and mandates full attention. Matt was able to skillfully leverage his story of leadership, courage, and perseverance to underscore our core meeting objectives through an entertaining and gripping presentation. The collaborative nature of Matt makes him a pleasure to work with, and provides an unparalleled audience experience—seamlessly marrying our core content and goals with his high-energy, creative, and engaging style.

“Recently we updated our Stage & Gate process and provided a cross-functional training to approx. 350 employees across several workshops. The focus was on changing behaviour and mindset to move us from process to performance. Matt fitted right into our Explorer’s theme and was invited to present as the inspirational ending to two packed training days. Matt exceeded our expectations by engaging extremely well with the audience and integrating our key messaging into his delivery. Each session was delivered with the same enthusiasm and energy that earned him excellent ratings from all participants. The ability to interact and become an integral part of the journey or presentation was well liked by the audience and differentiates Matt from many other more lecturing speakers I have encountered. The result? Energized and inspired teams taking the right messages from the workshop back into the office.”

“Our brief was to inspire. Our challenge was to be more courageous. Matt was the embodiment of both those things. Grounded, accessible, honest and real…..and yet overwhelmingly impressive and charismatic. He left his mark on our team and will continue to do so for a very long time. When we extend our comfort zone, it will be in large part to him!”

“Matt’s presentation was terrific. He cleverly articulated to our executive team the mission, challenges and ups and downs of a polar expedition. He did this in a manner which grabbed the attention of everyone in the room, through his confidence and ability to get everyone emotionally involved with the enormity of his task to get to the North Pole. Importantly also, the learning’s coming out of Matt’s presentation were applicable at both a personal and business level; which meant that Matt’s presentation was not only engaging, but also generated real value.”

“Matt’s presentation was engaging and relevant. Not easy to capture and hold the attention of an audience of 300 plus senior executives, but Matt did just that. Many people have since commented to me about the personal and business learning’s they took away from the session. Matt was professional, easy to do business with and responsive to our specific needs.”

“Thank you for your presentation to the Visa staff in Singapore, you totally encapsulated the room, inviting the audience to share in your journey, moving from highs to lows and giving the audience an insight into both the physical and mental strength that it takes to turn a dream into reality.
Challenging the audience to accomplish their own goals whilst underpinning the importance of teamwork, the presentation was extremely well received, relevant both in the work place and at home and thought provoking.
Your life experiences are testament to your determination in your life journey and we wish you all the best with your future endeavours.”

“Matt had our entire DDB/Continental team enraptured as he gave a very personal account of how his idea was born, the meticulous planning that went into getting it to the ‘start line’, and the amazing highs and lows he experienced during the actual voyage. He answered tough questions from the group and always tried to draw relevance back to why he was presenting to us in the first place. Matt is a truly inspiring and engaging speaker – we’re still talking about him several days later!” 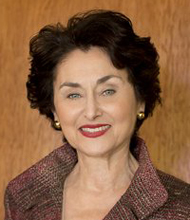 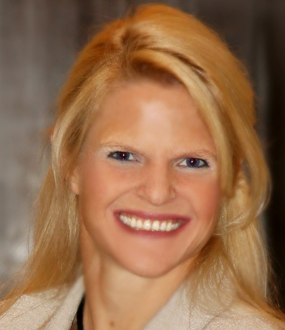