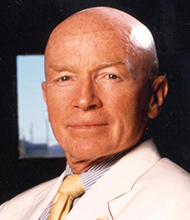 Executive chairman of Templeton Emerging Markets Group and director of its research team, Dr. Mark Mobius is a globalization expert with particular expertise in investing and doing business with China.

Renowned as one of the most successful investors in emerging markets in the last two decades, Dr. Mobius has been named by Asiamoney magazine as one of its “Top 100 Most Powerful and Influential People,” and the World Bank and Organization for Economic Corporation and Development have appointed him joint chairman of the Global Corporate Governance Forum Investor Responsibility Task force.

Bring Mark Mobius to Speak Live at Your Event 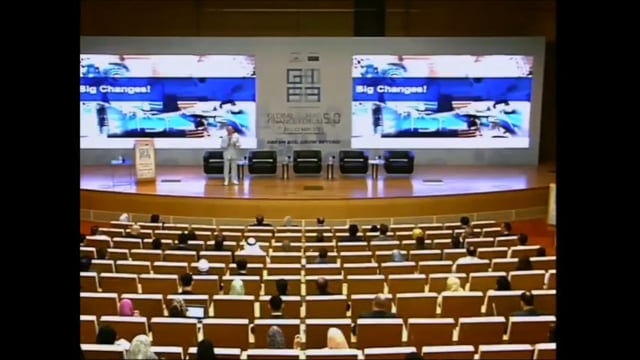 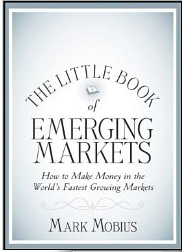 The Little Book of Emerging Markets
The world’s economies are in a state of flux. The traditional dominance of the G7 countries is being challenged by emerging market nations like Brazil and India, and while investment opportunities in these countries abound, the risks can be extremely high. In this Little Book, Mark Mobius, an internationally-renowned expert on emerging market funds, explains the ins and outs of emerging market investment, providing practical guidance on picking industries and companies likely to win, and explaining why policies and regulations matter as much as balance sheets, how to recognize global contenders, techniques for managing risk, and how to get out at the right time.

The emerging markets are expected to be a key driver of future global economic growth, and with The Little Book of Emerging Markets in hand, you have everything you need to take full advantage of these incredible opportunities.

The Little Book of Emerging Markets is the perfect little guide to the world’s most exciting investment opportunities. 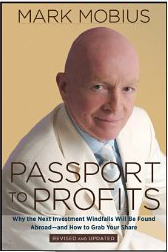 Presenting a straightforward, practical investment philosophy based on one key, indisputable fact: that the rest of the world’s economies have far more potential for growth than our own, Passport to Profits shows even the most casual investor how to view investing abroad, how to devise a global investment strategy, and the pros and cons of buying individual stocks or mutual funds. The development of stock market infrastructures in emerging economies has opened up potential for impressive returns, and this book is your guide to cashing in.

An adventurous and honest insight into the art of investing in emerging international markets, Passport to Profits provides the hands-on experience you need to balance the risks and reap the rewards of global investing, right from the comfort of your home. 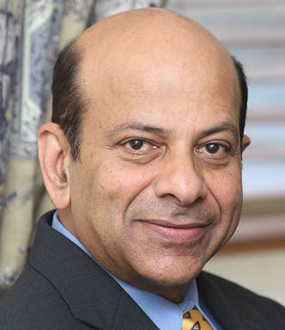 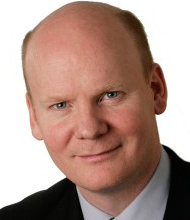 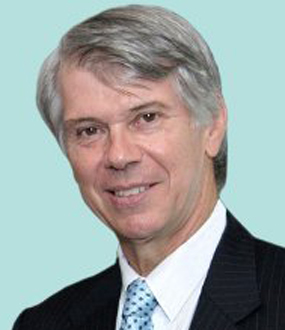 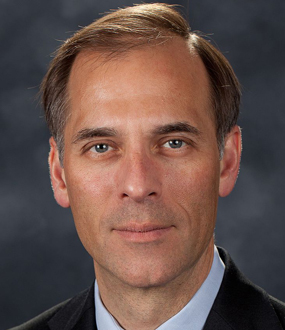