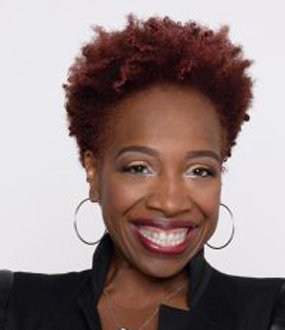 Have you seen Lisa speak? Leave a review.

Growing up and living in a South Central L.A. neighborhood divided between two warring gangs, single mother Lisa Nichols gave herself permission to take control of her life and get her family out of poverty. Today she is the founder and owner of a company that has a multi-million dollar value. Nichols speaks to thousands of people each year about how she turned her life around and how you can to.

In 1994 Nichols found herself relying on Welfare and WIC in order to raise her infant son, whose father was in prison. While she was grateful but slightly embarrassed to have to rely on public assistance, it was still challenging to meet her household’s basic needs. Nichols hit rock bottom one day when she couldn’t afford to buy her son diapers and had to resort to wrapping him in towels. Instead of blaming her circumstances, she became determined to rise above them.

Nichols carefully examined her life and habits closely to figure out what was working and what wasn’t. She took on a new go-getter mentality, got a job running the Family Resource Center for the LA Unified School District, and began to put aside a little bit of money each month for a dream project that she hadn’t yet identified. Later on, she started up a foundation called Motivating the Teen Spirit. In order to successfully grow the program, Nichols began attending several conferences on entrepreneurship and branding, a move that influenced her own decision to eventually start speaking.

Since its foundation in 2000, Motivating the Teen Spirit has touched millions of lives, reuniting runaways with their families, preventing teen suicides, and helping drop-outs return to school. In 2010 Nichols launched the personal and professional development training company, Motivating the Masses, which today has a multi-million dollar value and is the only public company from the self development industry. Nichols is the best-selling author of seven books and her teachings were featured in the 2007 hit phenomenon The Secret.

Lisa Nichols shares the amazing story of how she went from being a mom on public assistance to running a multi-million dollar company. In 1994, Nichols’ number-one priority was taking care of her eight-month-old son. One day she ran out of diapers and didn’t have enough money to buy more, so she resorted to wrapping her son in towels and changing the towels.

After two days of doing this, she put her hand on his belly and promised him that she would never be this poor again. In that moment something shifted inside her; the experience of poverty and motivation to give her son a better life proved to be a breakthrough for Nichols in terms of stretching her willpower to do and say things that she had never done before.

“I knew that abundant people, prosperous people were doing something that I wasn’t doing, because my life was evidence,” Nichols notes. “Good, bad, or indifferent – your life is evidence of what you’re up to.”

Lisa Nichols, Motivational Speaker: Keynote, How To Step Into Your Purpose

Lisa Nichols - Be Perfect in Your Imperfection

Bring Lisa Nichols to Speak Live at Your Event 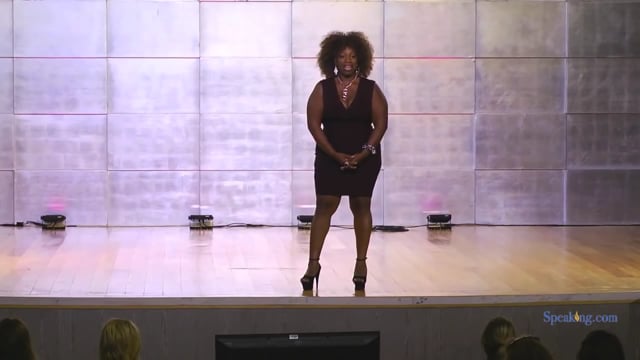 Lisa Nichols’ approaches to creating an abundant life go beyond generalized themes like goal setting. The self-made businesswoman is forthright in tackling “behind-the-black curtain questions” – questions she herself wanted answers to when she was making her way from public assistance to public company owner. What happens when someone makes you angry and you have to forgive them? How do you stay connected to your community when your success takes you other places? How do you unleash yourself from a mindset that says you can only achieve so much because you grew up in a poor family, a certain town, or ethnic group?

Nichols’ extraordinary lessons, stories, and the incredibly honest dialogue she facilitates between her and the audience will show you that her success story is not the exception, but rather the result of decisions and actions she took – a path that is accessible to anyone willing to do it.

We'll help you gain clarity around the nuts and bolts of building a healthy business. Learn about key topics in leadership, finance, sales, management, marketing and productivity.

Building Trust and Rapport in 60 Seconds!

The keys to building client trust to turn prospects into sales and one-time customers into lifetime customers.

Discover what makes your business unique and how to turn that into your advantage!

Most millionaires have more than one way to earn money. Learn how to master multiple revenue streams!

Live out your purpose, and make money while doing it!

Every great leader and speaker has to master the art of storytelling. Incorporate this skill into effective teaching.

Recession-Proof You: Strategies Based on the Sole/Soul Purpose Implementation Methodology

Explore how sole/soul purpose methodology gives you a holistic way to be profitable!

Growing to Fit Into Leadership Boots

Tune up your leadership skills (or empower your team) for better results.

Are you tired of being a "peon" and ready to climb the management ladder? Learn how to stand out from the crowd and move to the next level of career success.

The Keys to SIGNIFICANT Leadership

Leaders must ask themselves whether they want survival, success or significance. Leadership is not for the faint of heart but takes dedication and determination to move from success to making a significant impact on your tribe!

Don’t Stay Stuck: Letting Go Of What Is Hindering You

All too often a person's greatness is held back due to personal hurt and circumstances. It's time to get unstuck and let go so you can achieve what you were destined to do!

It’s Your Time to Shine!

This workshop is a natural partner with "Don’t Stay Stuck" so you can continue the building blocks to achieve success.

What People are Saying about Seeing Lisa Speak

“After listening to her I felt like I was listening to the next Dr. Martin Luther King!”
Jack Canfield,
Co-Author of the New York Times Best Selling Chicken Soup for the Soul Series

“Lisa is a sister with soul that tells the best and most moving soul stories on the planet. She and Maya Angelou move us to be better, do better, love better and share more than ever before. I love her, her messages and the impact she has on every audience that she addresses. I encourage you to have her talk at you next meeting, you will thank me in you prayers for my wise recommendation.”
Mark Victor Hansen,
Co-Author of the Chicken Soup for the Soul Series
and The One Minute Millionaire

“Lisa Nichols is one of the most powerful and empowering speakers that I have ever heard. Her workshops produce immediate breakthroughs. I highly recommend any educator or mental health professional to experience Lisa Nichols.”
Janet Addo,
Teacher of the Year Los Angeles County

No Matter What!: 9 Steps to Living the Life You Love
From bestselling author and motivational speaker Lisa Nichols comes a unique and powerful inspirational program that will both move you and empower you to realize your dreams. Millions are trying to live by The Secret‘s Law of Attraction, but the truth is it won’t work unless you flex your all-important “bounce-back” muscles, which give you the ability to successfully navigate life’s speed bumps.

By developing and toning her own bounce-back muscles at critical points in her life, Lisa found the power to become her authentic self and achieve everything she dared to hope for. Now, in No Matter What, she offers a groundbreaking program that outlines these 9 Steps or “muscles,” which include among others your Confidence, Faith-in-Myself, Honesty Out Loud and Forgiveness muscles, and explains how anyone can use them to achieve happiness and off-the-charts success.

In this powerful guide Lisa Nichols introduces her dynamic plan, shares her own remarkable story, and prescribes specific exercises and action steps to inspire readers to learn from their past and move toward a courageous future.

This candid, touching and inspiring collection of stories proves that the spirit of sisterhood extends beyond geography, economics, age and time. Whether we’re passing on family traditions, keeping the faith or just keepin’ it real, one thing is for sure; we are here because of the shoulders we stand on.

Experience inspiring moments of ordinary sisters doing extraordinary things in the world like voting in a time when voting could cost you your life to learning the true meaning of self love through the simple gesture of letting your hair down. Allow these stories – exclusively for sisters, from sisters – encourage and inspire you as you feed your soul and soothe your spirit. 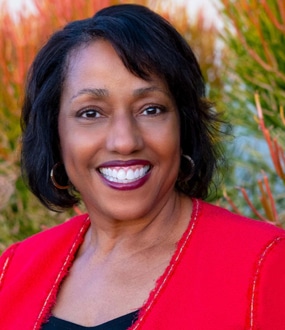