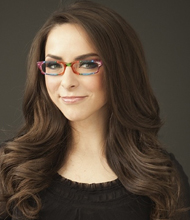 Have you seen Katie speak? Leave a review.

Katie Linendoll is the go-to expert for the latest innovations in technology. Best known as the TODAY show’s fun and savvy tech contributor, Katie travels the world to cover the latest gadgets and inventions before they come to market.

While still in college, Katie jumpstarted her media career as the co-host of ESPN’s SportZone. During her time there she contributed over 60 pieces for ESPN.com and ESPN The Magazine in addition to snatching an Emmy for her work as a producer at ESPN’s SportsCenter.

Katie went on to serve as tech expert in residence at HSN where she helped generate over $20 million in sales. Today, she can frequently be seen presenting hot new products on CNN and NBC. Her insights on the latest trends are often featured in Marie Claire, Forbes.com, CNN.com, PopSci.com, CBSNews.com, as well as many other global media outlets.

Recently, named a “Silicon Valley Visionary,” by the 18th Annual S.V. Forum, Katie joins an elite list of innovators which includes Elon Musk, Bill Gates, and Tim Draper. As a media and on-line personality, she has inspired more young women to pursue careers in STEM fields.

Katie Linendoll profiles and presents her favorite new gizmos and gadgets, including sneak peaks at several products. Navigating the exploding sector of wearable technology, she demonstrates clothing that lights up, smart watches, and even affordable prosthetics customized for the children who need them.

She supplements this entertaining tour with insights on why some products experience rocket sales while others that are seemingly similar flop, failing to live up to the hype built around them. "Wearables in the retail space, they're projected to be a $70 billion by 2024," Katie states. However, she admits the products out there "get a little redundant, and there's a lot of stuff out there."

Bring Katie Linendoll to Speak Live at Your Event 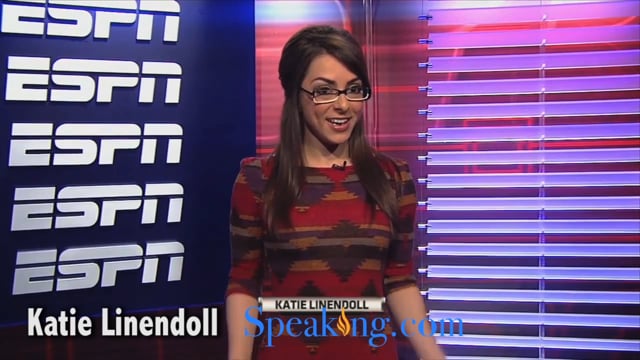 Self-proclaimed “Chic Geek” and audience favorite Katie Linendoll shares her insights on the latest trends, gizmos, gadgets, and other innovations in technology. Whether she is offering a sneak peak at the latest hot item from Kickstarter, the next wave in telecommunication, or breaking down key strategies for leveraging technology in your business or start-up, her quirkiness, authentic personality, and world class knowledge create a fun and memorable time. In addition to her dynamic keynotes, she is an in-demand talent for hosting and /or moderating live events.

Katie Linendoll, a global technology consultant, writer, contributor to TODAY show, is one of the most in-demand tech experts in the country & she loves sharing her energy and expertise around innovations with audiences across the nation. Katie uses custom animation and media clips from her many adventures, like jetpacking across the Pacific Ocean, spearfishing 120 feet under the Bermuda triangle and deep sea diving with astronauts to highlight what’s on the forefront of technology today- often, even using technology that’s not yet available on the market.

In this informative, entertaining, insightful and funny keynote Audiences will not only learn and discover new breakthrough technologies they’ll also get a glimpse behind the scenes of how a tech guru works while she fills audience members in on how technology is changing the way we live, work and think, every day, in the most amazing ways!

Are You Future Proof?
Technology is ever-changing. As it evolves, so does the way we think, work and thrive. Every innovation creates a host of new possibilities while rendering old methods obsolete, and industry leaders understand this. They know that the only way to stay relevant is to stay current. They're future proof. Are you?

Katie Linendoll can help. She knows how businesses break though the clutter to reach their target audience. She knows how non-profits and other groups maximize new media and social networking to expand their message and build a movement. She knows what the latest breakthroughs are, and how do they apply to your goals.

Professional Communications in the Digital Age
Katie examines how social media is shaping how we communicate and how best to maintain professionalism.

Customized Tech Presentations for Any Group
Katie customizes each presentation for her audiences. Whether it's a discussion on internet privacy, a personal story about the impact of technology or a simple rundown of the latest apps, Katie delivers. 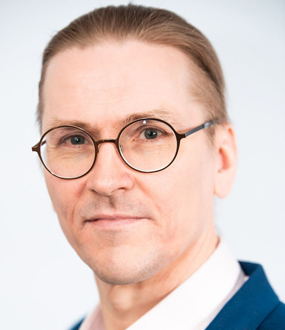 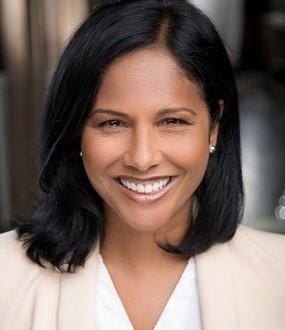 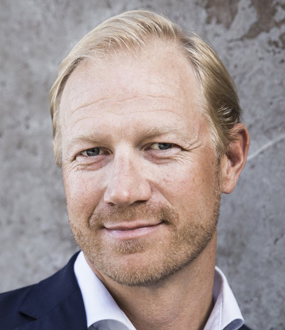