Jeff Bezos's speaking fee falls within range:
$75,000 and above 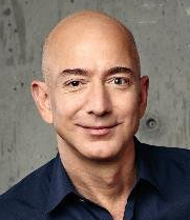 (Please note: Mr. Bezos only accepts a few speaking invitations each year and only those that align with his core interests).

When Jeff Bezos was dropping off packages for Amazon customers at his local post office in 1994, he never imagined that over the next two decades his little e-commerce start-up would balloon into a hundred-billion-dollar tech giant. As the Founder and CEO of Amazon, Bezos has become living proof that putting the customer first leads to a big payoff. While Amazon is annually featured among Forbes’ wealthiest 20 companies, they are repeatedly ranked the #1 Trustworthy Company in the Forbes 500. As of 2018, Bezos was ranked the world’s richest person, as well as the world’s first “centi-billionaire”, someone with a net worth of $100 billion or more.

Bezos graduated from Princeton University with a degree in electrical engineering and computer science. He worked at Wall Street, becoming Vice-President of his hedge fund company, but by 1993 left to follow his intuition: that an innovation called the Internet was going to change society and he wanted to be part of that. He wrote up a business plan for an online bookstore during a cross-country road trip and had 60 meetings with potential investors to get the 20 investors and $1 million in seed money that he needed to start Amazon.

While he was surprised by how quickly Amazon took off, its rapid growth in the young space of e-commerce meant Bezos frequently had to manage unprecedented challenges and frequent scrutiny, both of which he welcomed and saw as opportunities to improve his company. Within a year of launching online, the company announced that it would go public. It one of the few e-companies to survive the Dot Com Crash in 2000, and went on to diversify, featuring video, music, and audiobook streaming and downloads as well as products in an extensive range of categories. Today they are also a leader in cloud computing.

Apart from Amazon, Bezos is known for his purchase and ownership of The Washington Post. However, he considers his “most important mission” his venture, Blue Origin which is on the path to making space travel more accessible and affordable. Bezos hopes that his company’s innovations will pave the way to human settlements on the moon and take space exploration even further.

Jeff Bezos discusses the single most important principle that has been the keystone of Amazon's success since Day 1: a customer-obsessed model. The founder of the world's largest internet retailer admits that in the 1990s he never planned on his little online bookseller startup growing into a diversified global powerhouse worth hundreds of billions of dollars. He illustrates strategies Amazon has used to stay in touch with customer desires and how that connection and prioritization has influenced the different decisions and ventures the company has pursued.


"It has been one foot in front of the other," Bezos summarizes Amazon's two decade evolution from start-up to tech giant. "And I think that that is true for most businesses, where you kind of proceed adaptively step by step. You figure it out, you have a success, and then you kind of double down on that success, and you figure out what else you can do, what customers want."

Bring Jeff Bezos to Speak Live at Your Event 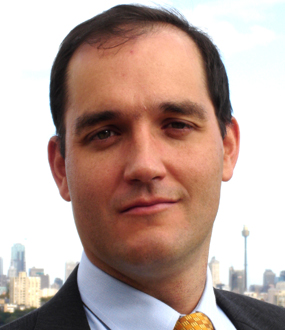 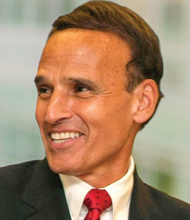 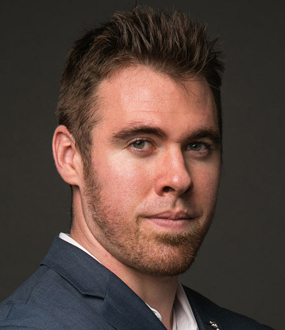