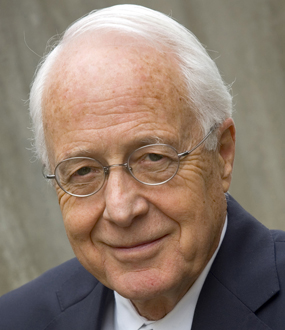 Have you seen Jack speak? Leave a review.

Zenger is a bestselling author, speaker, and national columnist for Forbes and Harvard Business Review. With more than five decades of experience, he is known as a world expert in the field of leadership development and organizational behavior. He is a highly esteemed and influential speaker who connects with audiences through compelling stories backed up by solid research.

His career has combined entrepreneurial, corporate, and academic activities. He has founded and led multiple companies and been cited by The Wall Street Journal as a leader in executive development. His academic experience includes serving on the faculty at the University of Southern California and teaching at the Stanford Graduate School of Business.

In 2014, HR.com named Jack “Top Leader of the Year”. He also received the “2014 Thought Leader” award from ISA. In 2011, Jack was honored with the American Society of Training and Development’s “Lifetime Achievement in Workplace Learning and Performance” award. In recognition of his contributions to the field of leadership development and training, Zenger was inducted into the Human Resources Development Hall of Fame.

He received a doctorate in business administration from the University of Southern California, an MBA from UCLA and a bachelor’s degree in psychology from Brigham Young University.

Jack Zenger: Growth Comes From Moments of Being Uncomfortable

Bring Jack Zenger to Speak Live at Your Event 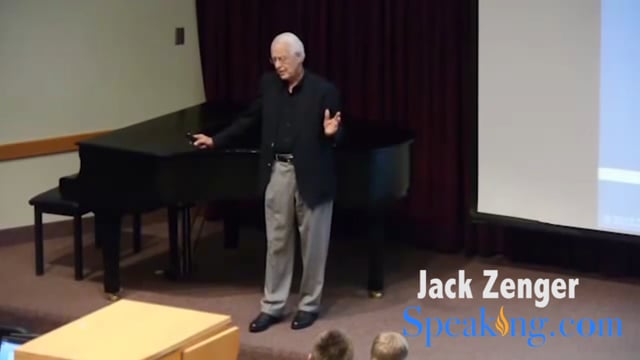 Our research has proven that the effectiveness of an organization’s leaders has a direct impact on employee productivity and commitment, customer satisfaction, and innovation; all driving profitability.
The Extraordinary Leader program helps managers become better leaders by:

Is the ability to inspire and motivate others something that can be learned, or are you just born with it? At Zenger Folkman, we’ve unlocked the secrets behind this mysterious, yet all-important competency. Based on our extensive research, "the ability to motivate and inspire" was the competency direct reports demanded most.

The ability to make important contributions is within most people’s grasp. Aspiring to be truly extraordinary can result in tremendous gains in productivity for the organization while boosting individual on-the-job satisfaction, growth, and opportunities.

Built on empirical research that identifies the behaviors that differentiate great performers, The Extraordinary Performer workshop provides the motivation and tools for all employees to increase their ability to contribute. They learn to understand how to take charge of their careers and their own long-term performance, while making a profound difference in their organization.

Using our unique cross-training approach, participants create a customized, actionable development plan that builds on their strengths, passions, and the organization’s needs, providing a clear development roadmap for each individual to implement back on the job.

Effective coaches have the potential to significantly increase their personal leadership impact and the productivity and effectiveness of those they coach. By providing leaders with greater awareness and new frameworks for growing and developing others, leaders can create greater results and leave a profound legacy in their organizations.

The Extraordinary Coach workshop takes a strength based approach to improving coaching skills by focusing on what extraordinary coaches do well. Participants gain the critical coaching skills and tools they need to maximize their leadership effectiveness and coach others to perform at their peak. The outcome is more motivated, committed, and engaged employees.
The Extraordinary Coach program helps leaders become better coaches by:

Featuring a fresh, unique cross-training approach, The Extraordinary Coach program is proven to drive employee productivity, commitment, and performance. Leaders create a customized, actionable development plan that builds on their strengths, passions, and the organization’s needs, providing a clear development roadmap for each individual to implement back on the job.

What People are Saying about Seeing Jack Speak

“At Boeing’s Aerospace Support division, we had concerns about our level of employee commitment. Our work with the Extraordinary Leader introduced us to the research showing a connection between leadership effectiveness and employee commitment. Partnering with Zenger Folkman, we created a competency model, an on-line multi-rater feedback process, and a workshop to help our leaders develop their strengths. Using the ‘cross training’ approach; our leaders achieved an across-the-board improvement of close to 15% in their year-over-year employee commitment scores. Not only did our best leaders get better, but our ‘average’ leaders and even our poorest leaders showed marked improvement in their leadership effectiveness and employee commitment scores. This improvement was a critical factor in our qualifications for the Malcolm Baldrige award, which our division won.”
– Dee Thomas, HR Director, Boeing Aerospace Support

“The workshop was excellent and feedback from all participants has been extremely positive. I particularly enjoyed the way current paradigms on developing leaders were challenged. I have no doubt that those who attended will benefit from the experience and will, in turn, provide benefits for our organization.”
– J. Mateparae, Master General, New Zealand Defense Force

“The Extraordinary Leader class was one of the most powerful and insightful programs I have ever attended. The 360-degree profile gave me deep insights into how others perceive me as a leader, and the course and follow-on coaching has paved an exciting path for me to follow in developing my leadership skills.”
– Ricardo Fuchs, Vice President, Serv Corp, Inc.

“The Extraordinary Leader research caused us to rethink our performance management philosophy. We revamped our process to orient it more toward building employees’ strengths. The results have been remarkable. We now have a more balanced performance agreement, highlighting areas of strength, and significant problems that must be fixed. The biggest change has been in the energy people have for the performance management process. It is now something that most employees look forward to. How many companies can say that?”
– Mary Settle, Vice President of Human Resources, BARD Access Systems 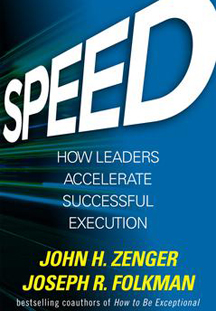 The rapid pace at which change occurs in business today is unprecedented. Speed has become a major source of competitive advantage. Leaders who act quickly and inspire others to do the same are the ones who ultimately win the day. But achieving increased levels of speed is not always easy.

The authors will help you assess the pace at which you work and determine how you stack up against others in their firm’s database. You’ll discover tactics for speeding up critical elements of your day and learn how you can use the eight companion behaviors―including innovation, develop courage, initiate action, and set stretch goals― to help you increase your speed.

How to Be Exceptional: Drive Leadership Success By Magnifying Your Strengths


From the leadership gurus of Zenger Folkman, How to Be Exceptional provides a revolutionary approach to leadership development. Instead of focusing on your weaknesses and how to overcome them, focus on your strengths–and learn how to magnify them.

How to Be Exceptional explains how to:

When you magnify your leadership competencies to the level of exceptional, employee engagement increases, productivity rises, and profitability soars. Learn how to make your business and career dreams a reality.

The Inspiring Leader: Unlocking the Secrets of How Extraordinary Leaders Motivate

In their bestselling work The Extraordinary Leader, performance thought leaders John Zenger and Joseph Folkman revealed the 16 key competencies that separate the top 10 percent of leaders from the rest. Since that book’s publication, they and coauthor Scott Edinger discovered, through an extensive study conducted over four years, that leaders who possessed the ability to inspire and motivate outperformed all others.

The authors found that the impact of inspiring and motivating others is consistent across different kinds of organizations and within different cultures. The Inspiring Leader reveals the authors’ newest proprietary research on how top leaders inspire teams to greatness. It discusses the behaviors exhibited by the most successful leaders and includes advice on how to implement them. Drawing from statistically significant data and objective empirical evidence, the book shows how to:

Zenger, Folkman, and Edinger lay out the strategies and concepts used by the world’s greatest leaders to motivate their teams. With The Inspiring Leader as your guide, you will learn how to put those strategies to work in your own business.

A landmark book, Results-Based Leadership challenges the conventional wisdom surrounding leadership. Authors Ulrich, Zenger, and Smallwood–world-renowned experts in human resources and training–argue that it is not enough to gauge leaders by personal traits such as character, style, and values. Rather, effective leaders know how to connect these leadership attributes with results.

Results-Based Leadership shows executives how to deliver results in four specific areas: results for employees, for the organization, for its customers, and for its investors. The authors provide action-oriented guidelines that readers can follow to develop and hone their own results-based leadership skills.

By shifting our focus to the connection between the attributes and the results of leadership, this perceptive new guide fundamentally improves our understanding of effective leadership. Results-Based Leadership brings a refreshing clarity and directness to the leadership discussion, providing a hands-on program to help executives succeed with their leadership challenges. 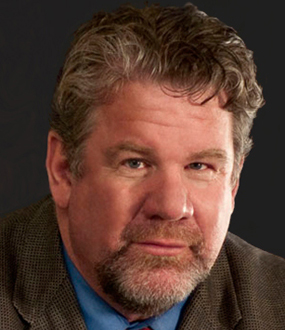 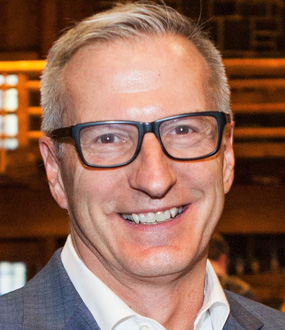