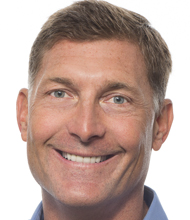 Have you seen Gary speak? Leave a review.

Gary Swart is internationally sought for his keen insights on building and navigating successful businesses in uncertain economic times. The entrepreneurial guru is best known for growing the freelancer platform oDesk into the world’s largest online worksite with more than 10 million registered freelancers and 3 million businesses using their services.

Gary started his career dabbling in the metal manufacturing industry, before deciding to pursue his passion for the growing field of technology. His entrepreneurial and leadership experiences at Pure Software, IBM, and Intellibank prepared him to take the reigns at a start-up called oDesk about a year after it had been founded. As CEO, Gary built an infrastructure and reputation that legitimized hiring and collaborating online at a time when companies and contractors mostly worked in face-to-face situations. Through creative solutions, new technologies, and a sharp understanding of their target market, Gary and his team were able to overcome trust issues and clear the way for a growing business model where work could be accessed by anyone with talent and an Internet connection.

After nearly a decade at oDesk, Gary guided the company during its merger with Elance, before taking on a new challenge as a partner at Polaris ventures, investing in west coast based technology companies. He speaks 30 times or more per year on hiring and managing practices, the future of work and freelancing, and entrepreneurial strategies. Some of his past speaking events include SXSW, The Economist’s Ideas Economy Panel, and Harvard Business School, which teaches a case study of oDesk’s foundation and growth.

Gary shares the criteria that led to his entrepreneurial ventures in the tech industry and some of the major business decisions he’s made including selling oDesk to Elance. He emphasizes that his career has not been one smooth success, pointing out that his earliest business projects were based in the metal manufacturing industry, an area where he lacked both passion and talent.

“I would hope that everybody picks a career with something that they’re really passionate, and even better if they’re good at it,” Gary imparts. He soon traded his early ventures for the west coast, where he could tell “20 years ago” that technology was going to be much bigger in the U.S. than metal manufacturing.

Gary Swart Talks About Building and Selling a Company

Bring Gary Swart to Speak Live at Your Event 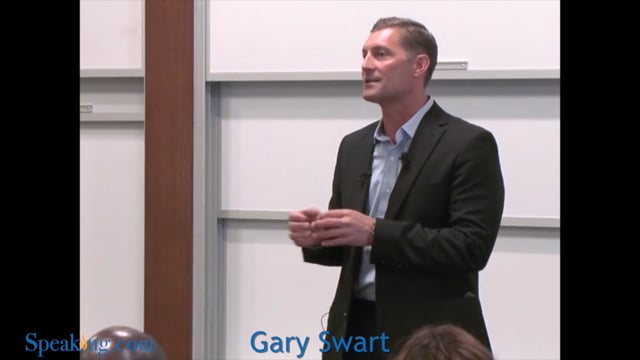 Former oDesk CEO, Gary Swart has learned a slew of lessons in his 30 years as an entrepreneur. The architect of the world’s most massive online workplace shares everything he wishes he had known when he started his career. Gary delivers thorough practical presentations that are a must-see for any entrepreneur or business leader. When it comes to hiring and managing top talent, scaling your business, or navigating disruption, he outlines valuable “do’s” and “do not’s” that have guided his distinguished trajectory in a volatile business world.

The Future of Work
Pay a visit to any Silicon Valley startup and you’ll hear about the disruptive technology that is being deployed across any number of vertical markets. But are these innovations actually disruptive? Or are they, instead, transformative?

As the builder of one of the largest online marketplaces in the world and investor in the next generation of revolutionary companies, Gary will speak about how today’s innovations are expanding the size of the pie to include more players, not less, and how this “lift, not shift” dynamic offers incredible opportunities for efficiency and innovation. In this candid discussion, Gary will identify the major drivers of the future workplace along with winning strategies to inspire leaders to think outside of the box and thrive in the new normal.

Beyond Perks: How to Create an Inspiring Culture and Win the Talent War
Every CEO knows the importance of creating a strong culture that reflects the core values of their organization and why it’s key for attracting and retaining the best talent. But how many CEOs are actually getting it done? The reality is that most leaders can’t define their core values, let alone build a meaningful culture around them.

As the war for talent heats up, there is no better time to talk about how a well-defined culture can actually be the strongest recruiting and retention tool a business can leverage. In this conversation, Gary will walk you through his culture creation roadmap (starting on Day 1), complete with fast track options and tips for working around roadblocks. Touching on how to identify your company’s needs and core values, to creating the clarity necessary for brilliant execution, to ultimately ensuring the success and delight of your teams, Gary will share tactical approaches and anecdotes from more than three decades operating in both small startups and leading global enterprises about what it takes to grow a great organizational climate.

The Universal Entrepreneur: Where, What, When, Why and NOW You don’t need to own a business or work out of a garage to be an entrepreneur.
Today, being “an entrepreneur” is actually a mindset, not a job title, that’s critical to business success. Companies that encourage their team to develop entrepreneurial practices—experimenting with new, big ideas or trying radically different processes—are seeing incredible organic growth and innovation from within the organization.

Sharing practical strategies for identifying and inspiring the entrepreneurs at your organization to embracing your own aspirations of becoming an innovative leader, you will walk away from this discussion with a strong understanding of what it takes to find the entrepreneur in everyone. Gary will guide you through the entire process—touching on the pitfalls and benefits of this approach. Equal parts startup stories and practical tips, it’s a message that resonates with students, early stage entrepreneurs, and veteran business leaders who want to ignite innovation within their business.

From the Jungle to the Highway: How to Scale Your Company without Losing Your Primal Edge
Scaling a business from startup to enterprise requires a broad skill set that must evolve significantly over time. What was once most important in the early stages could kill your company once it reaches maturity. In this discussion on the company journey, Gary will share valuable lessons learned from scaling businesses throughout his three decades as an operator, and most recently building oDesk from inception to a globally recognized brand. He will also touch on how company founders should set priorities and make critical decisions at meaningful inflection points in the company’s lifecycle.

What People are Saying about Seeing Gary Speak

“I wanted to reach out and personally thank you for joining our Unleashed Talent event last week. You were the perfect kick-off speaker, setting the tone for the event wonderfully. I loved how in depth you got, especially with each audience question; I feel like attendees really could walk away with some important information.”
– Unleashed Talent Event

”Just wanted to thank you for taking the time to speak at Amplify last night. I go to a lot of these talks and I found yours to be the most insightful discussion yet.”
– Amplify Event 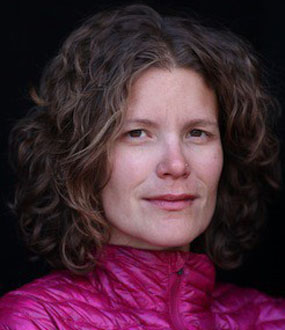