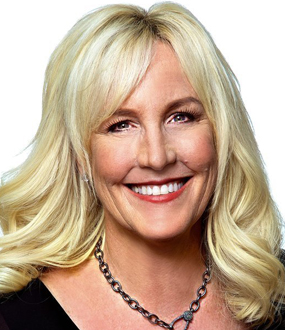 Have you seen Erin speak? Leave a review.

With her inspirational story of overcoming adversity, the name Erin Brockovich has become synonymous with David and Goliath battles. Portrayed by Julia Roberts in the eponymous film, she is a 20th-century icon and an enduring symbol of how the “little guy” can sometimes win.

Erin’s astonishing story began when she was seriously injured in a traffic accident in Reno; after winning a small settlement she still needed work, and so she joined the law firm that represented her, Masry & Vittoe, as a file clerk. Whilst sorting through papers for a pro bono real estate case she discovered the medical scandal that ultimately led to the largest direct action lawsuit the USA had ever seen.

Since rising to fame Erin has undertaken numerous media projects based around her affinity for the underdog. She began with the ABC special “Challenge America With Erin Brockovich,” helping to rebuild a rundown Park in downtown Manhattan. Her series on Lifetime, “Final Justice With Erin Brockovich,” celebrated the stories of ordinary women who triumphed against extraordinary odds.

Erin is president of Brockovich Research & Consulting, which helps many environmental projects across the globe. Her assistance has been requested in groundwater contamination complaints in every state of the USA and from countries around the world. Her book Take It From Me. Life’s A Struggle, But You Can Win, is a New York Times Business bestseller.

In this panel discussion, Erin Brockovich talks about the environmental problems she has been combating in West Virginia. She talks about the causes of the problems, saying, “When we first went out there everything was pretty calm, but when they turned the water on, that was when the problem started… people noticed when they turned their water on that it tasted of licorice, and it's a good job that it did because otherwise they could have been drinking poison very long time."

Addressing those who claim that America needs to scale back on regulation for the sake of the economy, she says, “It's an argument we've heard too many times. It's an argument I'm sick of hearing. In this particular situation you tell me, if there's so much regulation, why nobody had been out to oversee this facility since 1991."

Bring Erin Brockovich to Speak Live at Your Event 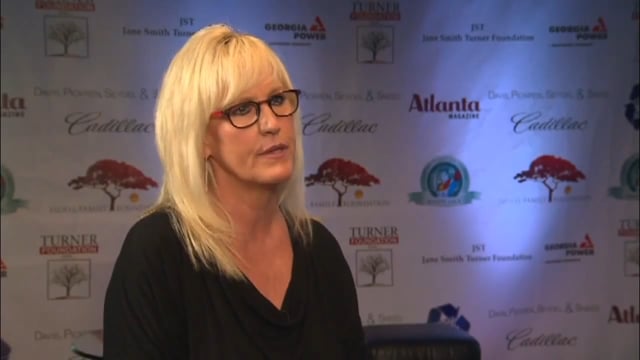 Erin has overcome more adversity than most and not only survived it but triumphed in the most spectacular way. She shares her own story of self-improvement and self-empowerment to demonstrate how we can all achieve to our maximum potential. She encourages audiences to follow her RAM (Realization, Assessment and Motivation) guidelines, realizing who you are, assessing your skills and motivating yourself to achieve your dreams.

Environmental Issues
Erin speaks out on a number of environmental issues including fracking, sinkholes, cancer-causing emissions, groundwater contamination and oil spills. Speaking up for and representing those in need, Erin is a passionate speaker looking to find the truth for the sake of humanity.

Overcoming Adversity
Erin shares her most personal challenges and shows how all of us, no matter how down-and-out, can call on our inner strength to achieve success. In a battle that climaxed with an astounding quarter-billion-dollar settlement, the drama that led up to Erin’s victory was one that began when she was a little girl suffering from dyslexia, shyness, difficulties at school and a taste for the wild side of life. The journey she took from Kansas to California led her down a road of self-realization, self-improvement and self-empowerment.

The Power of One
Erin Brockovich is one of those rare individuals whose own true story has become part of our public consciousness. Seen by millions as a symbol of American justice and the importance of fighting for the truth, Brockovich continues to speak out on behalf of those who can’t.

Erin lives according to the guidelines she likes to call RAM. The R is for Realization. She believes you have to realize who YOU are, good and bad, before you can begin to know where you are going. A is for Assessment. You have to take stock in what you have. Look at your skills, weakness, strengths and applying traits where they need to be and let go of the bad ones. M is for Motivation. It’s hard to stay motivated in the world today and motivation is the steam that keeps us going. Motivation is about taking time for self renewal. We all need our batteries charged yet never take the time to do it and then just burn out.

Erin's ability to continue the good work she has done on behalf of other people is due to her belief in the above and she shares her story and tools for success with audiences nationwide.

Take It From Me
The book helps to answer the question Erin gets asked most often — in her lecture series, on Oprah, by producers, reporters, and all the people who walk up to her at the supermarket: “Erin, how do you do it?”

To succeed against overwhelming odds — dead-end jobs, dead-end relationships, dyslexia, you name it — she had to find and free the power and force of her own inner strength, the inner strength that is there in everyone. While her story is well-known, readers will find her advice surprisingly insightful, fresh, and accessible: Sometimes you have to do what seems impossible because you have to.

“I have learned that some ‘choices’ we make aren’t choices at all, merely capitulation to our weaknesses. To develop your inner strength, you must push yourself to do your best, especially when you aren’t sure you can, because You Can Because You Have To. If you are so lonely you feel like sitting in the corner and shaking, stop feeling sorry for yourself and use that energy to find someone to share your life with. You don’t need to be rescued, rescue yourself.” Erin weaves her advice with her own personal stories — many of which she tells for the first time — including lessons she has learned long after the movie events ended. In this inspiring book, co-authored by New York Times bestselling celebrity collaborator Marc Eliot, Erin provides readers with the insight to put them on the path to discover the inner strength to empower themselves, no matter how great the challenge, no matter how impossible the obstacles.

Erin Brockovich is more than just a movie — and she’s got a lot more stories to tell and advice to offer to all who admire her. 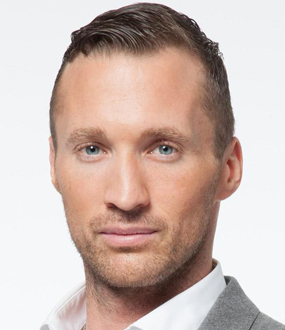 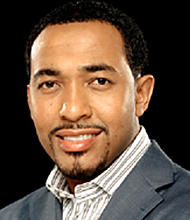