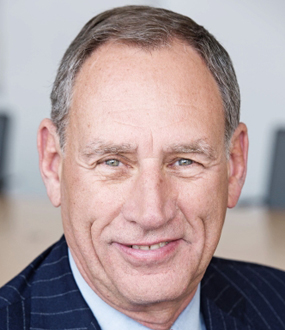 As former President and CEO of the Cleveland Clinic Delos Cosgrove, MD, was responsible for a $5 billion healthcare system encompassing twenty-eight different institutions. He cares passionately about patient care and patient experience and has undertaken major reorganizations within his company to improve clinical services. He has also initiated major programs to improve wellness amongst patients, employees and communities.

A graduate of the University of Virginia School of Medicine, Dr. Cosgrove is a Vietnam veteran, having been a U.S. Air Force surgeon; he holds the Bronze Star and the Republic of Vietnam Commendation Medal. A member of the team at Cleveland Clinic since 1975, Dr. Cosgrove became chairman of the Department of Thoracic and Cardiovascular surgery in 1989, running a program that was rated as the best in America for over a decade.

Dr. Cosgrove has authored one book and contributed chapters to many others, published nearly 450 journal articles and made seventeen medical education films. The experience he has gained in performing more than 22,000 operations has given him an international reputation for expertise and innovation in cardiac surgery. He holds thirty patents for products to be used in surgical environments.

Much in demand throughout the world as a speaker, Dr. Cosgrove has addressed the World Economic Forum and the Senate Health, Education, Labor and Pensions committee. National media frequently seeks his opinions; he has been featured in a TIME magazine cover story and in prominent articles in Newsweek, the New York Times and the Washington Post. He has frequently appeared on television, including on CNN, Fox, MSNBC, NBC, CBS and PBS.

Dr. Cosgrove has been honored many times throughout his career as an innovator, clinician, and humanitarian. Recent honors include the Deming Cup and Horatio Alger Award. He is a 2016 Fortune Businessperson of the Year (#14), and has topped Inside Business’s “Power 100” listing for Northeast Ohio. He is highly ranked among Modern Healthcare’s “100 most powerful people in healthcare” and “most powerful physician executives,” and is an inductee of the Cleveland Medical Hall of Fame.

Bring Dr. Delos Cosgrove to Speak Live at Your Event 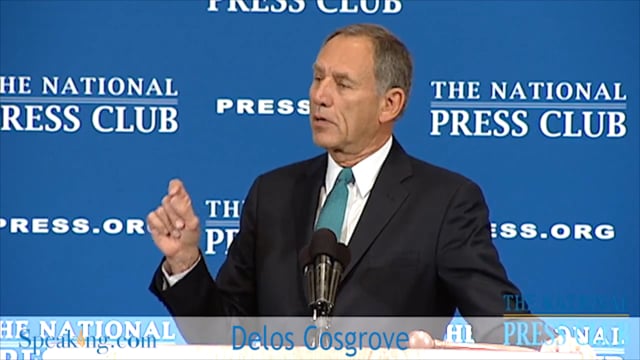 The Cleveland Clinic Way: Lessons in Excellence from One of the World's Leading Health Care Organizations
There's a revolution in medicine right now. Doctors at the Cleveland Clinic have developed an approach for treating people that is more effective, more humane, and more affordable. Dr. Cosgrove reveals how the clinic works so well and argues persuasively for why it should be the model for the nation. In this presentation, he details how the Cleveland Clinic focuses on eight key trends that are shaping the future of medicine: 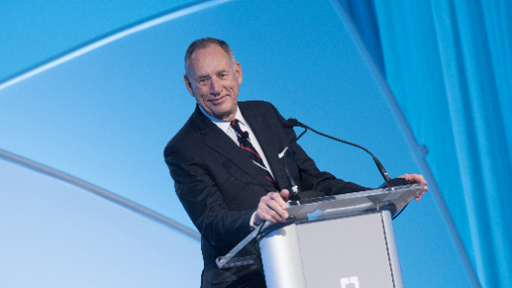 Probably the most important thing that they take away is a better understanding of where we are in healthcare and where we’re headed in the future.

SPEAKING.COM: What would you like people to learn and take away from your presentations?

COSGROVE: Probably the most important thing that they take away is a better understanding of where we are in healthcare and where we’re headed in the future. If I can give them some insight into that and into the lessons that I’ve learned over time, then I see that as an accomplishment.

COSGROVE: I think healthcare leadership is probably the one group that will benefit the most from my talks, but keep in mind that healthcare is the biggest industry in the United States, so it touches almost everybody. That being said, I’ve spoken to wide range of groups and try to tailor my remarks to fit the type of audience. I’ve spoken to Congress, the Business Roundtable, Davos, business schools, lawyers, healthcare professionals, educational groups, and on almost every national television network.

SPEAKING.COM: Which of your keynote speaking topics are your favorites?

COSGROVE: I prefer to do an interview format because I think it’s more interesting for the audience. The interviewer can direct the questions in a way that they think will be most beneficial to the audience, and I prefer to spend time answering questions that attendees have on their minds.

I always tell people that nothing is off limits. I’ll talk about anything the audience wants to talk about.

SPEAKING.COM: What types of themes and topics do you like to address on stage?

COSGROVE: I always tell people that nothing is off limits. I’ll talk about anything the audience wants to talk about; some frequent topics I’ll address include addiction, finance, the patient experience, leadership and healthcare, and more specifically, the trials and tribulations of leading an organization and how you prepare to manage that.

SPEAKING.COM: Have you had any particularly memorable speaking engagements or unusual situations arise while you’ve been traveling?

COSGROVE: I was interviewing fashion designer Diane von Furstenberg when in the middle of the interview in front of an audience of about 1,000 people, she said, “Do you know the worst thing that’s happened to women in the United States?”

I didn’t follow that up with any other questions, because I knew that anything I said after that would only get me into trouble.

In this exclusive interview with SPEAKING.COM, Dr. Delos Cosgrove discusses:

"The cost in the United States is up substantially to 18-plus percent moving toward 20%. In comparison, in the most high cost European countries, healthcare spending makes up 11 to 12% of the GDP. "
- Dr. Delos Cosgrove 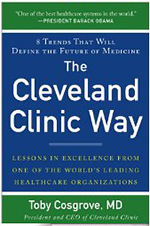 American healthcare is in crisis. It doesn’t have to be.

There’s a revolution going on right now. On the frontiers of medicine, some doctors have developed an approach for treating people that is more effective, more humane, and more affordable. It’s an approach to healthcare that has captured the attention of the media and business elite—and the President of the United States.

It’s all happening at Cleveland Clinic, one of the most innovative, forward-looking medical institutions in the nation.

In this groundbreaking book, the man who leads this global organization, Toby Cosgrove, MD, reveals how the Clinic works so well and argues persuasively for why it should be the model for the nation. He details how Cleveland Clinic focuses on the eight key trends that are shaping the future of medicine. Readers will learn:

At its core is Cleveland Clinic’s emphasis on patient care and patient experience.

A refreshingly positive and practical vision of healthcare, The Cleveland Clinic Way is essential reading for healthcare and business executives, medical professionals, industry analysts, and policymakers. It gives leaders lessons they can apply to their own organizations to achieve results and empowers average Americans to make more informed healthcare decisions. 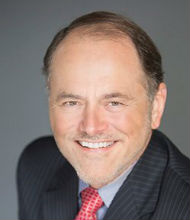 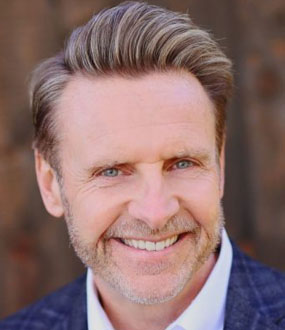 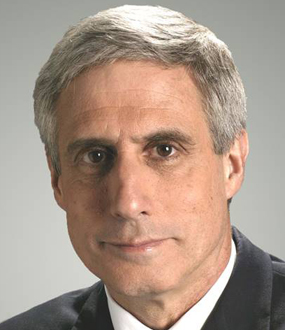 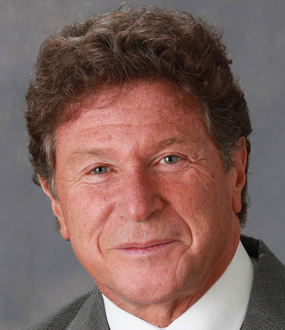