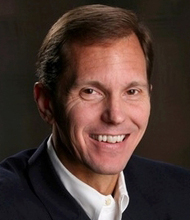 Former pro-tennis player, Dan Goldie is an acclaimed financial advisor who has helped hundreds of people with their retirement funds, college savings, insurance, and investments. Currently he manages approximately $700 million for individual investors and their families at his firm, Dan Goldie Financial Services.

Goldie developed an interest in finance as a child when his parents’ divorce caused him and his mother to go from an upper middle class lifestyle to economic instability in which they lived paycheck to paycheck. He dedicated himself to tennis so that he could win an athletic scholarship to Stanford where he studied economics. Going pro in tennis, he used his earnings to put himself through an MBA program at the University of California in Berkley. When bad shins prompted him to trade his tennis career for a financial career, Goldie noticed that many of the firms where he interviewed had mediocre returns despite their smart and talented staff. Doing some independent research he discovered that the old adage of hard work and talent yielding greater results didn’t apply to the world of markets.

Goldie used his newfound knowledge to develop his methodology of passive investing, coauthoring the New York Times bestseller The Investment Answer with the late veteran bond salesman Gordon Murray. The purpose of the book, much like Goldie’s own mission, is to keep information about investments simple and honest so that ordinary people can make educated decisions and achieve their financial goals.

Dan Goldie examines how the 2008-2009 financial downturn has impacted laymen investors and why individuals should disregard many of the assumptions that have arisen regarding markets and finances since the recession. He reports that up to 40% of people surveyed say that they never want to buy stock again while an even larger portion of the population claims that they ignore the stock market due to a lack of knowledge and understanding.


Dan Goldie: Do you need a financial adviser?


Dan Goldie: Do investors buy and sell too often?

Bring Dan Goldie to Speak Live at Your Event

Trusted advisor Dan Goldie has a knack for breaking down the complex and often confusing jargon of financial academics into simple orderly concepts. Dedicated to educating ordinary people in how they can smartly invest their money, he offers easy-to-follow advice and the basic information individuals need to know to secure their financial freedom.

The Investment Answer: The Five Key Decisions Every Investor Must Make
Most people are not good investors. They don’t save enough and their investments usually underperform markets by a wide margin. This is not surprising because we are not taught about personal finance in school, and the media and financial services industry often cause us to make poor investment decisions that lead to subpar results. To make matters worse, because of how our brains are hardwired, we tend to make emotional investment mistakes that are very costly.

From the podium, best-selling author and top-ranked financial advisor, Dan Goldie, inspires audiences to change the way they save and invest and shows them exactly how to do it. He clearly explains the mistakes that most people make, how the financial services industry is failing investors, and why most of us need to save more and invest smarter. Armed with this knowledge and motivated to make a change, we can all be successful investors by making five important, but straightforward decisions. 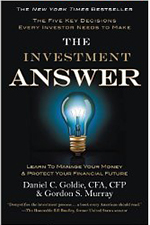 The Investment Answer: Learn to Manage Your Money & Protect Your Financial Future
What if there were a way to cut through all the financial mumbo-jumbo? Wouldn’t it be great if someone could really explain to us-in plain and simple English—the basics we must know about investing in order to insure our financial freedom?

Jargon-free and written for all investors—experienced, beginner, and everyone in between—THE INVESTMENT ANSWER distills the process into just five decisions—five straightforward choices that can lead to safe and sound ways to manage your money.

When Wall Street veteran Gordon Murray told his good friend and financial advisor, Dan Goldie, that he had only six months to live, Dan responded, “Do you want to write that book you’ve always wanted to do?” The result is this eminently valuable primer which can be read and understood in one sitting, and has advice that benefits you, not Wall Street and the rest of the traditional financial services industry.

THE INVESTMENT ANSWER asks readers to make five basic but key decisions to stack the investment odds in their favor. The advice is simple, easy-to-follow, and effective, and can lead to a more profitable portfolio for every investor. Specifically:

In a world of fast-talking traders who believe that they can game the system and a market characterized by instability, this extraordinary and timely book offers guidance every investor should have. 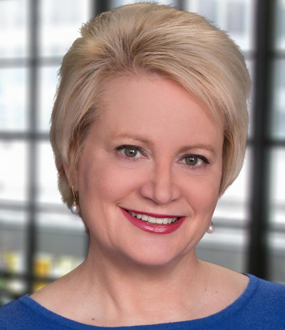