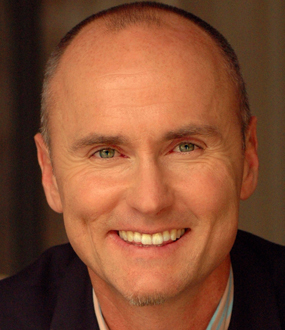 Have you seen Chip speak? Leave a review.

Chip Conley’s incredible business success story has been based upon transformational leadership practices and an innovative design formula. Chip’s methodology has been featured in TIME, Fast Company, Fortune, People and the Wall Street Journal. His unique blend of psychology and business expertise has been distilled into a number of bestselling publications, the latest of which is Emotional Equations: Simple Truths for Creating Happiness + Success, which uses math to help readers comprehend and control their emotions. This book reflects Chip’s abiding interest in the role of emotion in the workplace; after twenty-six years as Chief Executive Officer of Joie de Vivre Hospitality (JDV)

In 2013 he accepted an invitation from the founders of Airbnb to help transform a promising home sharing start-up into what is today the world’s largest hospitality brand. As Head of Global Hospitality & Strategy, Chip taught his award-winning methods to hundreds of thousands of Airbnb hosts in nearly 200 countries and created the Airbnb Open that brings thousands together in a global festival of belonging (he transitioned to a part-time role as Strategic Advisor for Hospitality and Leadership in January 2017).

At the age of twenty-six, and with no industry experience, Chip Conley created The Phoenix, converting a rundown 1950s motel and transforming it into a world-renowned “rock ‘n’ roll hotel,” welcoming the likes of David Bowie and Nirvana. From these beginnings Joie de Vivre Hospitality, the company Chip founded, now has over forty different award-winning establishments across California, with over three thousand employees and revenues of almost a quarter of a billion dollars.

Chip’s position as one of the foremost thinkers on psychology, business and emotional intelligence in the workplace has made him much in demand for keynote presentations and leadership seminars. He has been invited to speak to hundreds of companies, from Schwab to State Farm Insurance to Google.

An MBA graduate of Stanford University and honorary Doctor of Psychology from Saybrook Graduate School & Research Centre (where he has been Scholar–Practitioner in residence), Chip is a committed philanthropist, having been a board member of Glide Memorial Church in the past and holding similar positions currently with the Burning Man Project and the Esalen Institute.

“What I had was not a corporate existential problem but a personal existential problem," says Chip. Chip describes how his company weathered two of the worst periods in living memory for the hotel industry, and how his interest in psychology led him to find innovative and successful solutions.

Chip Conley: How Airbnb Focuses on Their Customers Needs

Bring Chip Conley to Speak Live at Your Event 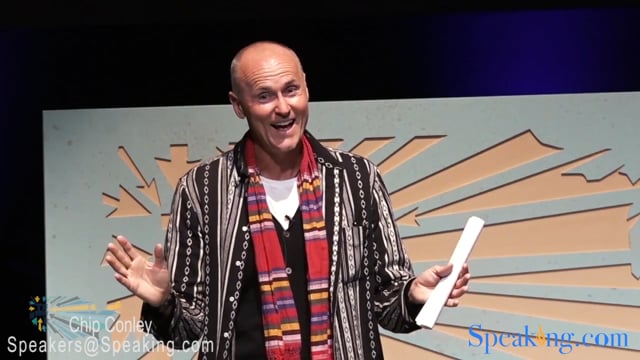 Chip takes his audiences through the ways in which he has gone from ownership of a single motel to a company with a $250 million turnover and 3000 employees. He explains how companies need to rethink, as he has, how they measure worth, the intangible things such as company culture, employee engagement, customer loyalty and innovation – that doesn’t show up on the balance sheet.

Much of Chip’s success is built on his deep understanding of emotional intelligence gained from both his experience as CEO of a very successful company and through studying psychology. Those who come to hear Chip speak will come away with a far better understanding of what motivates and engages people–employees, but also customers, vendors and investors. Chip firmly believes that whatever a leader’s natural aptitude, he or she can always increase their emotional intelligence.

PEAK: How Great Companies Get Their Mojo from Maslow
Part memoir, part theory, and part application, Conley shares JDV’s remarkable transformation in this keynote. He provides real-world examples from other companies and shows attendees how they can bring about similar changes in their work and personal lives. He explains how to understand the motivations of employees, customers, managers and investors, and how to use that understanding to foster better relationships and build an enduring and profitable corporate culture.

Toward a Psychology of Business: Simple Truths for Creating a Culture of Happiness and Success
Conley believes the most neglected fact in business is that we're all human, and business schools don't do enough to help us understand that creating peak experiences for stakeholders can create peak performance for a company. Conley shows participants how the PEAK model can be used to understand how a company relates to relationships beyond those with employees and customers—such as investors, vendors, and the community. As a practitioner who has used his own company of more than 3,000 employees as a laboratory for understanding the human condition, Conley's philosophical but prescriptive approach to leadership helps attendees see customer service in a new light.

Disruptive Hospitality: Learning How to See and Surf a Disruption
Conley has disrupted the hospitality industry twice; once as the founder and CEO of Joie de Vivre Hotels (America's second largest boutique hotel company) and in 2013, when he joined the founders of Airbnb to help lead the company to become the most valuable hospitality company in the world. In this presentation, Conley identifies his three rules of disruptive innovation in any industry and how start-ups—as well as established companies—can see a new wave on the horizon and surf that wave to competitive advantage.

What People are Saying about Seeing Chip Speak

“Chip Conley′s presentation to Safeway′s corporate executives, managers and employees was simply outstanding. His message sparked lengthy and enthusiastic discussions about the PEAK model and how it could be implemented to achieve greater employee satisfaction and new levels of business success.”

“Chip truly engaged and inspired the audience, and provided a unique new lens with which to think about our business. I would highly recommend him as a speaker to any organization seeking to dramatically improve both client loyalty and employee engagement.”
Troy Stevenson, Vice President, Client Loyalty, Charles Schwab & Company

Using brilliantly simple math that illuminates universal emotional truths, Emotional Equations crystallizes some of life’s toughest challenges into manageable facets that readers can see clearly—and bits they can control. Popular motivational speaker and bestselling author Chip Conley has created an exciting, new, immediately accessible visual lexicon for mastering the age of uncertainty. Making mathematics out of emotions may seem a counterintuitive idea, but it’s an inspiring and incredibly effective one in Chip Conley’s hands. When Conley, dynamic author of the bestselling Peak, suffered a series of tragedies, he began using what he came to call “Emotional Equations” (like Joy = Love – Fear) to help him focus on the variables in life that he could deal with, rather than ruminating on the unchangeable constants he couldn’t, like the bad economy, death, and taxes. Now this award-winning entrepreneur shares his amazing new self-help paradigm with the rest of us. 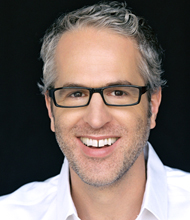 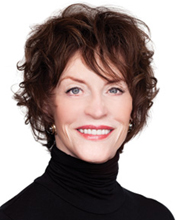 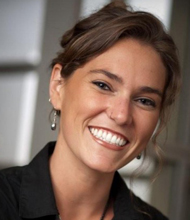 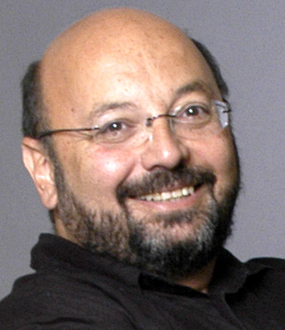