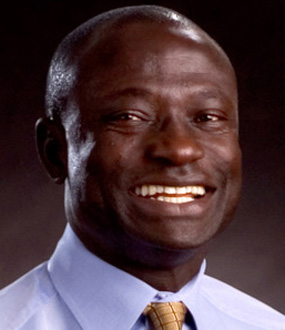 Have you seen Albert speak? Leave a review.

Called the “Ambassador of Opportunity”, Albert Mensah worked his way from a mud hut in an impoverished part of Ghana to the world stage. Mensah’s fantastic story of self-made success against unfavorable odds has earned him a spot among the world’s top speakers. His message has energized companies like Starbucks, Microsoft, Boeing, Costco, and John Deere.

After seeing an American film projected onto a white bed sheet in a parking lot, 8-year-old Albert was determined to move to the U.S. and make a better life for himself, his family, and his Ghanaian village. Though he was constantly made fun of for his “impossible dream,” he eventually arrived in New York City at age 19 with $8.00 and no possessions. The young immigrant went on to earn a college degree, become a top sales professional for several Fortune 500 companies, and launch a successful sporting goods store, which taught him several lessons on starting, growing, and running a business.

Over the past 15 years, he has built an acclaimed reputation globally as a riveting motivational speaker on the topics of change management and realizing your full potential. He was one of the first Africans to become a recognized CSP, earning the prestigious title in only four years as opposed to the standard minimum of five years.

Throughout his 30+ years in the U.S., Mensah has never forgotten his dream to improve the quality of life of the community that raised him. Several years ago, he collaborated with various people who had heard him speak to get his village electricity and running water.

Albert Mensah shares an African proverb that puts change in a new light. Every gazelle, he notes, wakes up in the morning with the knowledge that in order to survive it must run faster than the fastest lion. On the other hand, every lion wakes up knowing that in order to eat, it must be able to outrun the slowest gazelle.

It doesn’t matter who you are, Mensah explains, pointing out that if you are going to be successful, you will need to move. “Standing still is no longer an option,” he concludes.

Bring Albert Mensah to Speak Live at Your Event 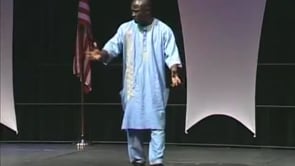 An expert in leadership, teamwork, resiliency, and business agility, Albert Mensah has launched an internal shift in thousands of audiences who have never forgotten his story. The international speaker has a must-hear message for anyone who is not living up to their full potential. Mensah’s gripping narrative details his incredible life journey from a mud hut in Ghana to the offices of Fortune 500s while interweaving 5 crucial actions that will change your life.

Lately, the news about business and your personal life have been thick with phrases like “Economic recession, weak dollar, unemployment, housing crisis, foreclosure, and “fears for the future.” However, the gloom-and doom headlines obscure many bright opportunities. At this revealing high-impact session, Albert Mensah will analyze today′s news and explain why he believes there are more opportunities now than before for everyone to be better servant leaders- if we will recognize where our strengths lie.

What People are Saying about Seeing Albert Speak

“Your motivational self-empowering skills and enthusiasm is still being felt by many of the program attendees, including our staff.”
Pearl Gibson, City of Memphis

“You reached something deep inside of me and not only to my professional life but even more so to my personal life.”
Glenda Hubbard, Boeing Commercial Airplanes

“Your message touched our emotions, motivating us to do more, and touched our minds, giving us pragmatic strategies to achieve our goal of building a better world for all children.”
Jean Carpenter, Washington State PTA

“Your energy and zest for life is quite incredible, it would be great to bottle it up and sell it.”
Tammy Washington, Georgia Dept of Human Resources

“Your ability to help us focus on what we as individuals can do to shape our future and your determination to keep us from falling into the trap of self-pity and victimization was masterful.”
Shari Wilson, Seattle Public Health

“The best hour of the entire two days of leadership!”
Greg Gurske, State Dept of Licensing

“His message will benefit all of our staff – not just frontline managers.”
Lindsee Fowler, Blue Cross of California

“I have become the Associated Student Governments Records Officer, and have a great job offer, all because I saw opportunity and went for it. I wanted to let you know that you changed a lot of people′s lives that day.”
Samantha Sylvester, Bellingham Technical College

“Since your presentation, I not only have excelled professionally taking a promotion with my career but my personal life has changed drastically.”
Colleen Crowninshield, Pima Association of Governments

“Your challenge to our conference attendees to look for opportunities in their lives and commit themselves with passion to their work was well received.”
Dwain Frazier, Allstate Insurance 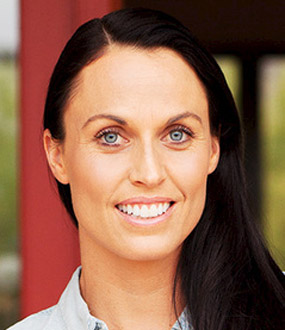