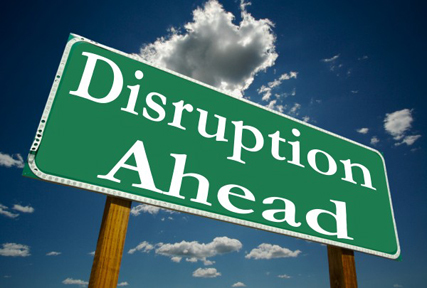 Thriving in the Age of Disruption

At a destination travel conference in Barcelona not long ago, a marketing exec confided to me that although his company has enjoyed double-digit growth during the past four years, there’s a sense of unease. I asked him why. He explained that if a new competitor like Apple or Google or Amazon decided to enter the company’s market, they could be upended overnight. This company is hardly alone.

In 1997, when Harvard professor Clay Christensen first articulated his theory of disruption, the phenomenon was confined to the disk drive industry and a few others. Today, disruption is an ever-present threat to a growing number of industries.

Kodak tried to fend off digital disruption for 16 years before declaring bankruptcy in 2012. Blackberry is the new Kodak. Four years ago, the company’s market share stood at 53 percent. It has since crashed to three percent with no turnaround in sight.

While technology is clearly the driver, it’s not the only type of disruption. As I work across industries helping business leaders think ahead of the curve, I am amazed at the many forces and factors that can trigger mayhem. For example, it can spring from lifestyle changes, or demographic changes, or new government regulations.

At a banking conference in St. Louis, a congressman predicted that 25 percent of independent banks in the United States would be out of business within a year. The culprit: Dodd-Frank banking regulatory reform, which mandates a raft of new laws that the small lenders are hard-pressed to comply with. Or, at an insurance trade association convention in Laguna Niguel, California, I learned that many of the member companies are reeling from the disruption brought on by the Affordable Care Act.

To be sure, disruption is nothing new. The buggy whip makers who failed to adapt to the coming of the automobile simply didn’t survive. Today, it is bricks and mortar bookstores and other retailers who are in the crosshairs of change. Dentists are being disrupted: it seems people aren’t having as many cavities these days and there’s a glut of dentists with less drilling to do. People are drinking less milk, taking fewer vitamins. Consumers are opting for cremation and disrupting the funeral industry in the process. The global auto industry has been hit by young people’s indifference to cars and alternative means of transportation, such as Zipcar. Who’s next?

If you talk to young people, they will tell you that the cable television industry, with its nosebleed monthly charges, is ripe for disruption. But when you bring this up to people in the industry, they refuse to acknowledge it as a remote possibility. And maybe that’s the point. Denial is the most common reaction to disruption; ignore it and maybe it will go away. But it doesn’t.

As someone who studies industry disruption, I can tell you denial is not the best policy. Last year I keynoted the ski resorts industry annual convention in Palm Springs; their disruption is demographic and economic. Aging Boomers are opting for less strenuous sports, and going to the mountain less. Meanwhile, the cost of skiing continues to rise while wages have stagnated for new generations who might want to take up the sport but can’t afford to. What to do?

The smart resorts, such as Whistler Blackcomb in British Columbia, Jay Peak Resort in Vermont, and Vail Resorts in Colorado, are not sitting still. They are looking for new ways to grow revenue – by reinventing their ski schools, for example. They are developing loyalty programs that keep customers coming back and discovering ways to enhance their experience, such as appointing trip advisors to cater to their every need. Most importantly, they are redefining what business they are in and not confining themselves to snow sports.

Whistler Blackcomb has become the world’s leading mountain bike park, attracting big crowds in summer. Jay Peak has built a year-round watersports arena that has caught on with people who’ve never skied. “The future of this industry is in your hands,” I told the assembly. “Or rather, it’s in your mind.”

To thrive in the age of disruption, what’s most important is our mindset; our willingness to get busy managing the future, rather than lamenting the past. Denial is the enemy because it can lead to paralysis by analysis.

Often disruption means that it’s time to develop a closer understanding of what’s producing value for your customer now. Experimenting with new biz models, new products and services, and new marketing methods can get us in action mode.

In such periods of uncertainty, the natural tendency is to be distracted by the internal affairs of your company. But getting out more is essential. It’s also important to coax yourself to “think ahead of the curve” and not get caught focusing on the short term.

Take time to gather data, talk to people and pick their brains, study history, and try to develop a point of view about where things will be three to five years from now. Regardless of the industry you’re in or what your title on your business card says, you can make yourself indispensable by wading into the storm, rather than leaving it to others to find the future. 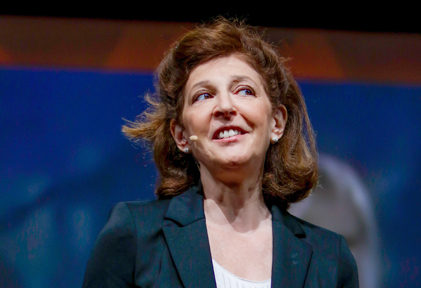 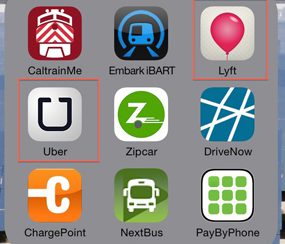 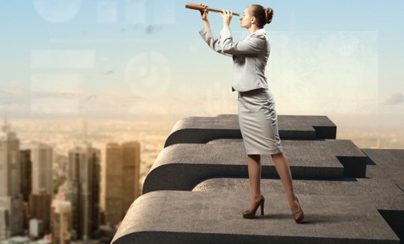