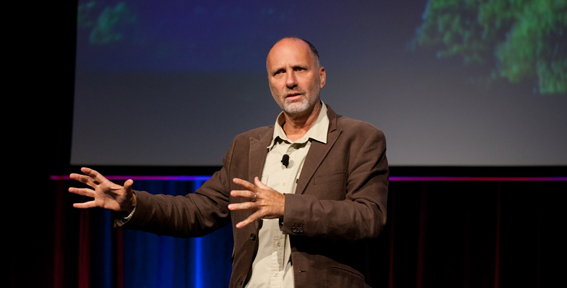 Storytelling and the “Laws of the Jungle” with Yossi Ghinsberg

International bestselling author of Jungle, (over one million copies sold), a true story of survival against all odds in the Amazon rainforest, Yossi Ghinsberg is one of the most celebrated inspirational speakers of our time.

SPEAKING.COM: Why do you think storytelling is such an important aspect of the human experience?

GHINSBERG: I am a natural storyteller and I was never trained. The body language, the tone, the vocabulary, the timing, and the silence – all these emerge naturally. This is my gift and talent, and my calling as well. People respond to a good storyteller in a way that is much different than good lecturers or presenters. People in general don’t like to listen; they have stories and voices inside their heads they would rather listen to. When ideas are presented they tend to judge them, oppose them and quickly get bored by them.

Good storytelling is different, as it instantly turns adults into children. They lean forward, are attentive and absorbed. They not only listen but also actually feel the story inside themselves, processing their own emotions with their full attention.

In this optimal state the ideas and insights presented are far more effectively received as they are not encountering objection and boredom. Instead they are like seeds sowed on fertile grounds, ideas that will live and grow. There is no question that the value is many times greater when a good storyteller takes the audiences on such a journey.

SPEAKING.COM: What is “corporate spirituality” and why is it important?

GHINSBERG: It is a term that is attributed to what people perceive. I do not adhere to any spiritual practice that ends with an ‘Ism.’ Yet I have found that life is a spiritual experience. I have experienced the miraculous and been touched by the mystery and grace of life. I have studied all philosophies and religions in my pursuit of wisdom, yet I never became a disciple of any. I found enlightenment in nature itself and that had consequential impact on my understanding of life, and my conduct.

The principles of corporate spirituality are simple yet deep and powerful. In essence they are seeing oneness and the futility of separation. Understanding that a company is an eco-system, our planet is an ecosystem and that ecosystems adhere to the following spiritual principals: we are all interrelated, we are all interconnected, and we are all interdependent. Such principals mean we are a family and that we all have to take care of each other for any of us to thrive. But this doesn’t conflict with profits and increased returns to shareholders. On the contrary, the economic rewards are much greater with corporate spirituality. It makes greater profits.

We are not good managers. We have pillaged the planet, raped the lands, despoiled the waterways, depleted the seas, contaminated the atmospheres – all because of our notion of separation from nature and a lack of understanding that hurting nature is in effect hurting ourselves.

SPEAKING.COM: What are three of the most important “laws of the jungle” and how do they apply to daily life?

GHINSBERG: Each of the laws contain all the rest of them so I cannot judge which is the most important; however, the most basic ones are:

If you want to be human be a beast first: it is opposed to the very popular belief that we are not a superior species positioned here to rule and exploit nature. Instead, we acknowledge that we are also an animal. The notion that we are an integral part of nature and part of the family of all life is a colossal paradigm shift. It opposes the monotheistic notion that we humans were appointed to rule, exploit and manage the world of flora and fauna. We are not good managers. We have pillaged the planet, raped the lands, despoiled the waterways, depleted the seas, contaminated the atmospheres – all because of our notion of separation from nature and a lack of understanding that hurting nature is in effect hurting ourselves.

The second law of the jungle is be the music not the conductor: it explores the possibility that we are here to play an important role rather than manage, with an attitude of harmony through specialization. Each species is thus like a musician in a symphony, a valid and indispensable part of the most amazing artistic creation ever made, and while humanity can play the first fiddle there is no need to be the conductor.

The third law is the seasons always change: understanding the transient nature of existence brings deep wisdom and the discovery of equanimity. Everything is moving, so passing phenomena is best experienced without too much attachment. Objecting and clinging to phenomena is a futile yet common approach. This principle leads to acceptance and contentment, and at its highest level it is this principle that is the gateway to enlightenment.

I want to inspire people to dream without the hindrance of self-limiting beliefs and/or limiting cultural conditioning.

SPEAKING.COM: How can people and organizations welcome and adapt to change?

GHINSBERG: Change is difficult because on the one hand time is the most real and precious resource we have and it passes without stopping. It is rarely acknowledged and valued in this way. On the other hand time can only be experienced as now, an eternal moment from which we cannot escape. So understanding both the fleeting and ever present nature of time is tricky.

Understanding the nature of time and the role of change can be instrumental to individuals and organizations in adjusting attitudes, releasing attachments, being fully present and engaged and hence first to take the right action to adapt and proceed.

SPEAKING.COM: What are some ways in which people can overcome adversity and keep their dreams alive?

GHINSBERG: I touched on this issue earlier. The point is that sooner or later everyone experiences adversity during their journey. The dream is the most important aspect of life as it gives a person a sense of calling, a purpose without which life is quite shallow and empty. Without purpose it is hard to find true motivation to keep going. There’s a great danger, when adversity conflicts with the dream, that people will perceive the adversity as bad luck. They then become victims of it, they fail, their spirit breaks, they become subdued and never dare to dream again. They do not fulfill themselves or their potential.

On the other hand when we understand that adversity is there for a reason, that it provides the resistance that causes strength and growth, we may still have to go through some hardship and pain but we do not see ourselves as victims and let the adversity kill our dream. Instead we become stronger, smarter, and more creative. We shift, we move, we pivot to find a way, or we make one.

SPEAKING.COM: What are some of the successes your clients have achieved with your help?

GHINSBERG: I’ve worked around the globe with hundreds of companies, from round tables with a team of executives to auditoriums filled with thousands of people. I have hundreds of endorsement letters from clients and many anecdotes – some are most amazing.

A good example is the VP of a huge Australian corporation who quit his job after hearing me and took a sabbatical to tour the world. The company endorsement read: “we wanted you to inspire them but not that much!” It was a light-hearted statement and a year later the executive was back.

Other companies have created projects named the ‘Ghinsberg challenge.’ But most precious to me are the private letters I get from audience members who share with me how I touched their life. This is sacred, and intensely rewarding.

To bring Yossi Ghinsberg to your organization, please contact Speaking.com at: Speakers@Speaking.com. 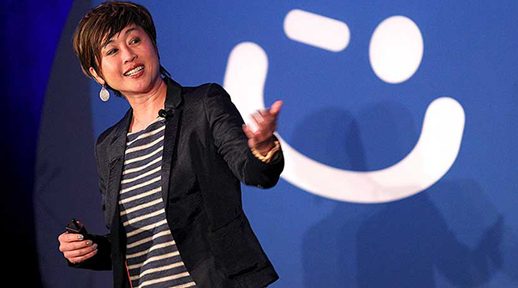 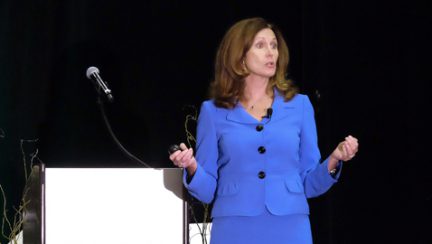