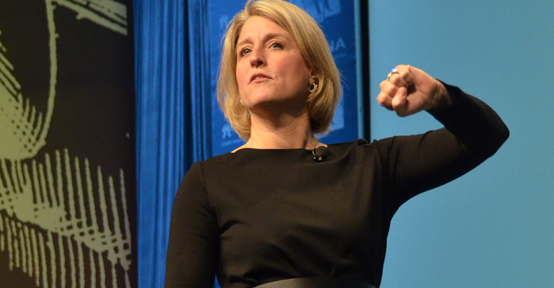 Founder & CEO of innovation firm futurethink Lisa Bodell is the bestselling author of Kill the Company, and her latest Why Simple Wins. A leader on simplifying innovation and change management, Lisa is often called upon by global companies to help them eradicate workplace complexity that is killing their ability to innovate and adapt. Simplicity is fast becoming the competitive advantage of our time and Lisa offers tested tools and takeaways to motivate organizations and individuals to action.

A Dynamic Keynote Speaker, Lisa has addressed capacity audiences at Google, Cisco Systems, Accenture, Citigroup, and Merck and is often the highest-rated presenter, as she engages audiences and empowers them with practical tools, tips, and resources that they can use to create immediate and effective change.

When it comes to creating innovation, I’ve realized that rather than expecting people to be able to do more – and on top of that, innovate – we need to start by doing less.

SPEAKING.COM: You have a fascinating new book coming out in October called Why Simple Wins on the general theme of simplicity. Why is this such an important topic now?

BODELL: We’ve spent so much time over the past decade, talking about and witnessing innovation, disruption, and change, much of which has been driven by mergers, acquisitions, consolidations, globalization, and technology. We’re at a point, then, where people love the idea of disruption and things that are new and different – but frankly, they’re overwhelmed.

When it comes to creating innovation, I’ve realized that rather than expecting people to be able to do more – and on top of that, innovate – we need to start by doing less. I wrote this book on simplicity, because most people are spending their days in meetings and handling e-mails, which isn’t really innovation or meaningful work. We need to have a realignment, a readjustment around what work really matters and what we are spending our time doing. In order to get there, we have to have a work ethic based around simplification. I think most people will really respond to that, because right now their plates are full, and a great deal of new good stuff can’t happen unless we simplify.

SPEAKING.COM: What are some of the ways to gauge the complexity problem, and how does technology and red tape exacerbate the issue?

BODELL: Complexity really exists in two ways. First, it’s organizational: policies, procedures, decision-making, organizational structure, compliance, and so forth. Technology drives a great deal of that. It’s a double-edged sword in that we think that technology is going to solve our issue of complexity, when actually many times it creates it.

We usually think organizational complexity is what holds us back, but surprisingly the real beast is the second type of complexity: individual complexity. When you look at what you do every day, you realize that the individual complexities are what really drive people crazy: meetings, reports, policies, e-mails, tasks that we ask for that are driven by our own human nature of risk, fear, power, and control.

True, we have policies, risks, compliance, etc., but we put excessive tasks in place to manage those procedures that are in turn helping us manage our fear and control. For example, we ask for more reports, we ask for another report, and we do 10 iterations of the PowerPoint. We ask for another meeting, for more control, and for more decision layers. Those are the details that make people start to resent their job and feel like the work that they do is meaningless.

So when people ask me how do I actually figure out “what’s complex”, you can analyze your organization, but I think you can start simply by looking at the work that you do everyday. You’ll be shocked at the amount of time you spend on the mundane versus the meaningful.

Simplicity comes down to “time versus value equation.” If you’re spending all your time on things that aren’t valuable, why are you doing it?

SPEAKING.COM: What is your new “simplification method” and what are some of the main points?

BODELL: First of all, if you want to simplify, there are a few different steps that need to happen, and one of them is simply an awareness around it. Sometimes people just get to the point where they’re exacerbated by the work, they feel very disengaged, and they don’t know why. That’s when you need to create awareness either with yourself or with your boss, that a problem exists.

The next thing is to identify it. Ask yourself, “What do you spend your time doing? Where do you waste your time? Where do other people waste your time?” Simplicity comes down to “time versus value equation.” If you’re spending all your time on things that aren’t valuable, why are you doing it?

Finally, you get into the execution: what are the things that I can affect right now? That’s where the rubber meets the road and where you start to get comfortable with the culture of less versus the culture of more. We are addicted to more. In order to simplify, we need to realize that it is a subtractive process, that you don’t always have to be rewarded for doing more, and that you could be rewarded for doing less.

SPEAKING.COM: What are some of the characteristics of a “simplifier”?

The characteristics of a simplifier are pretty basic things. First, they have the courage to get rid of things, which is a very hard thing for people to do, because they either feel like getting rid of something is an indication of failure – meaning it didn’t work – or they feel as if we’re giving away something of value. A simplifier has the courage to make those choices.

The second thing is having a minimalist sensibility – getting comfortable with the subtractive process, not just the additive. Simplifiers figure out how to focus as opposed to trying to do everything. Instead of doing more, they figure out how to get results quickly.

Finally, a great deal of that involves being very decisive. A common problem within organizations is having too many decision-making layers and too many people involved. Being comfortable with the decisions you make is a very big deal.

In part, complexity happens because we’re distracted with mundane tasks.

SPEAKING.COM: How does the general life philosophy of “being in the present moment” help ground people in the simplicity mindset?

BODELL: Many people ask me about the relationship between my book and mindfulness and meditation. It’s serendipity that these movements are both happening around the same time and they actually compliment each other quite a bit. In part, complexity happens because we’re distracted with mundane tasks. Mindfulness and being in the moment is about focusing on what’s essential and being able to get to what matters, which is exactly what simplicity does. Although I don’t directly talk about mindfulness or being in the moment, those practices do allow you to figure out what needs to be done, how to simplify things, and get to places faster.

SPEAKING.COM: How is complexity killing the ability of companies to innovate and adapt?

BODELL: It’s consuming our time with stuff that doesn’t matter. I ask people, “Why is it so hard for you to innovate? What do you spend your day doing?” Almost 100% of the time they answer immediately, “Meetings and emails.” This is the kind of stuff that is sucking up and consuming our time along with reports and conference calls – which are the next activities people usually list. People don’t say that they spend their time innovating, brainstorming, thinking, coming up with new ideas, disrupting, or talking to customers.

Simplicity, then, means that we have to get rid of the complexities that are putting a chokehold on our organizations, that are sucking up our time, that are wasting our money, so we can create that space for real, valuable change, and innovation to happen. Simplicity is an effectiveness principle, but it’s also an innovation principle. We can’t innovate unless we simplify.

SPEAKING.COM: Why are change and innovation so difficult to achieve?

However, culture is the work that you do every day and if the work that you do every day is meetings and emails, that’s your culture. No matter how great the color of the wall is, or how organic the food is, or the perks that you give people, at some point when they’re sitting at their computer at 10 o’clock at night answering another email or sitting in a stupid conference call, they’re going to stop and ask themselves: “Is this really worth it?”

My premise is let’s get the work right. Let’s get the stuff that matters. Let’s get to the meaningful work that people came to their jobs to do in the first place, and the only way we’re going to be able to do that is through simplification.

SPEAKING.COM: What do employees of today and tomorrow want in their workplaces?

BODELL: We hear tons of this from the stereotype that we’ve formed around Millennials, which is this idea of work/life balance or work/life blend. Rather than devoting their lives to work and having little time for life, they’re asking themselves, “Why? Why are you working like a dog like this? What’s the point? None of this is meaningful.” And if it’s not meaningful, they leave.

In order to retain talent, then, companies need to ensure that the work they ask employees to do is meaningful. That’s why simplification should not just be an operational or efficiency effort, but a cultural and HR effort, as well. In the end, it’s a success factor for the whole company. If they become more simplified, they’ll retain talent and that talent will be able to do the work that’s meaningful: thinking, product development, and innovation. That’s the stuff that really moves the needle and gives you competitive advantage.

SPEAKING.COM: What is the new golden rule?

I think we will respect each other more at work and as individuals if we operate with simplicity because it will show people that we respect them and the time that they have, and that’s a very human thing. In some ways this becomes a moral obligation for leaders to start to inject simplicity-based operating principles into their companies: I will operate with simplicity, I will take that responsibility, I will not ask you to do something stupid like another PowerPoint that you don’t need to do because I know that that wastes your time and doesn’t have value.

SPEAKING.COM: Are there any final thoughts you’d like to convey to our audience about your new book and the concept of simplicity?

BODELL: Simplicity is something that you can affect, in terms of change. It flows from the bottom up. Yes, risk, compliance, and other external things are put on us from the top down, but there are simple things that you can start to do to be a change agent every single day, and it’s contagious, so if you start to do it, you become that guy that everyone wants to be like.

What I tried to do in my book was go beyond the philosophy and give people the tools to do it. There are actually 13 different tools and even a code of conduct in the book that teaches people how and why simplification matters as well as how they can start to do it every day. The book is packed with tons of tips and tons of tricks. I hope that people will embrace the tools and make simplicity a movement.

To bring Lisa Bodell to your organization, please contact Michael Frick at: Mike@Speaking.com 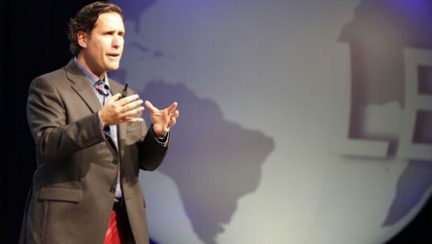 Learn What Customers & Employees Crave Most, with Gregg Lederman 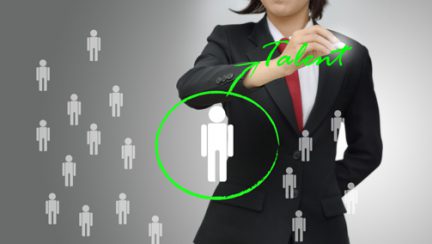 Reporting to a New CEO? 6 “Must Do’s” to Ensure You Survive & Thrive! 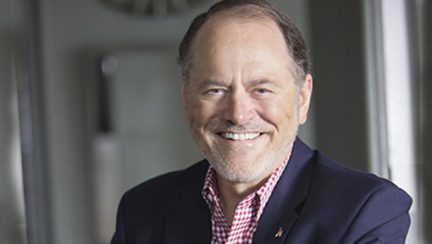 Healthcare in the Digital Age, with John Patrick