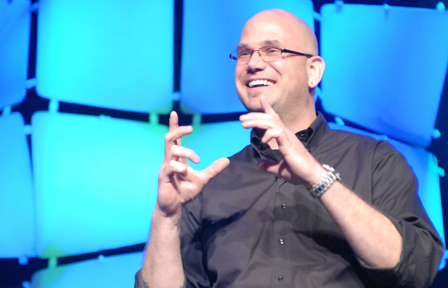 Dr. Todd Dewett is one of the world’s most exciting and original voices in the leadership and life skills space. He is consistently the #1 most viewed author at Lynda.com/LinkedIN, where millions of people seek his expert advice on how to hone their communication skills and build better relationships. A top-rated speaker by Inc.com, he has transformed thousands of audiences globally through inspiring them and giving them accessible takeaways to make stronger better teams.

When you slowly and appropriately show more of the authentic you…people tend to open up and reciprocate.

SPEAKING.COM: In the case of leadership, why is it important for people to know “the full authentic you”?

DEWETT: To optimize productivity, you have to maximize trust – a willingness to be vulnerable. When you slowly and appropriately show more of the authentic you (as opposed to only showing the polished “professional” you) people tend to open up and reciprocate. The more they understand you as a human, the more trust you build. You don’t have to become best friends with your co-workers, but you are wise to pull back the curtain just a little to learn about each other as people, not just professionals.

SPEAKING.COM: What are the biggest challenges leaders face in sharing their authentic selves with their employees?

DEWETT: The single biggest challenge is a fear of looking human. Too often leaders hide their shortcomings, their past mistakes, knowledge blind sports, or past failures. While it is true that you don’t want others to focus on your imperfections all of the time, a little intentional sharing (e.g., twice a year, not twice each week) is gold. The team needs to see you as confident and competent, yes; but they also need to see that you are human – just like them!

The more you learn on occasion to talk about your imperfections, the more you’ll encourage others not to be afraid to try, learn, fail, and try again. As simple as it sounds, that’s the foundation of innovation.

When you overindulge in talking about or referencing your accolades and accomplishments, it’s easy to be seen as distant if not arrogant.

SPEAKING.COM: What do you mean when you say leaders need to “get over themselves”?

DEWETT: We often feel great pride in our accomplishments. That’s understandable, and generally healthy. However, when you overindulge in talking about or referencing your accolades and accomplishments, it’s easy to be seen as distant if not arrogant. Leaders have to realize that no matter how great their accomplishments (or even their character), the key to creating great teams is focusing on the members of the team rather than themselves!

Stop talking about yourself and your path, and start listening more and inquiring more about who these individuals really are. When you get past seeing them as simple labels (e.g., an analyst, a marketing director, a graphics person) and begin to see the unique individuals, they will notice – and respond. When they feel that you’re honestly paying attention to them, it’s amazing how much more they are willing to listen to whatever it is you have to say.

SPEAKING.COM: What is the difference between being respected and being popular?

DEWETT: Being popular is easy, fickle, and fleeting. It is achieved by pleasing others without regard for great long-term decision-making. It is momentarily fulfilling, though it’s essentially an illusion. As a leader, sometimes they will love the call you make while other times they won’t like it at all! So what? The goal is not to be popular; the goal is to make the best call you can make for you, your team, and your organization, and then execute with integrity. Long-term, this earns you the one thing always better than fleeting popularity: respect.

A good failure is ultimately an investment.

SPEAKING.COM: What is the difference between “good failure” and “bad failure”?

DEWETT: The question is about preparedness, scope, and learning. A bad failure is sadly much more common. This is a well-intentioned action that did not work out. It’s best explained by being rash instead of thoughtful and prepared, taking a risk on a large scale instead of starting on a smaller scale, and failing without truly learning anything helpful for the future.

In contrast, a good failure is ultimately an investment. Research preceded action to reduce risk, a pilot of some sort came before a big roll out, and any and all bumps in the road were scrutinized for learning in an effort to reduce similar future errors.

SPEAKING.COM: How can leaders use their mistakes to better connect with their teams?

DEWETT: Stop hiding from them! One of my favorite stories lately is the State Farm story. It’s a story about how I once gave a terribly mediocre speech (just short of a bomb!) to a large group of leaders from State Farm. It really happened. It hurt. It was…. ultimately…. helpful! Only when you fall and learn can you grow. When you show others that you embrace this reality you’ll encourage them to grow as well.

SPEAKING.COM: What is Lynda.com and how did you get involved in it?

DEWETT: Lynda.com is the world’s leader in online learning. I absolutely love the Lynda team. They specialize in short courses delivered by world-class experts across a wide array of skills from computer coding to leadership skills. They have thousands of courses and millions of customers and were recently purchased by LinkedIn. They found me online, saw the credentials and speaking ability, shot a test in their studios, and bam! I was “discovered.”

That was 2012. Since then, we have launched 33 courses, more than any other author in my area of the business library. They have now been viewed by more than 450,000 professionals in over 170 countries. It’s a blast being on board with one of the key players who are helping to reshape adult learning.

Very smart people have to learn to stay grounded…

SPEAKING.COM: One of your more recent courses on Lynda.com is called “Projecting Intelligence.” Why do some very smart people fail to communicate their intelligence to others?

DEWETT: It can be shocking sometimes how much intelligence can be blinding and challenging. On the one hand your high IQ allows you to process faster and deeper than most. On the other hand, after you surpass most typical intellectual achievements, you often stop questioning yourself and start assuming you know more than you actually do. In this way, intelligence can be blinding.

Further, it presents plenty of communication challenges. You think at a certain level and at a high speed, thus you try to communicate in a fashion consistent with how you think. However, to others it sounds nearly incomprehensible! Very smart people have to learn to stay grounded by using feedback from trusted colleagues and they have to make the choice to communicate in a manner that allows them to be understood by people with normal IQs!

SPEAKING.COM: How does a person’s appearance impact others’ perceptions of that individual’s intelligence?

DEWETT: While you might debate whether or not it’s fair, appearances matter significantly. Every social context (e.g., work, school, church, the grocery store) has a set of performance norms concerning attire and grooming. By violating them you are asking to be judged. If the workplace is conservative and you show up in jeans, expect to be looked at cautiously.

Many people understandably wish to be personally expressive in spite of expectations – which is fine – but they must be ready for the cost. I’m very expressive (I live in jeans and always have tats showing) so I like to remind others that you have to earn the right to be fully you. The better you perform and show solid character, the more latitude you’ll earn towards being fully “you!”

SPEAKING.COM: What are some actions people can take to effectively project intelligence?

DEWETT: If possible, get to know each group before you interact so you can try to understand some of their norms and expectations.

In general, err on being conservative initially (in terms of what you say and how you look).

Never say you know something when you don’t.

Don’t brag, but do show respect for others’ efforts and accomplishments. 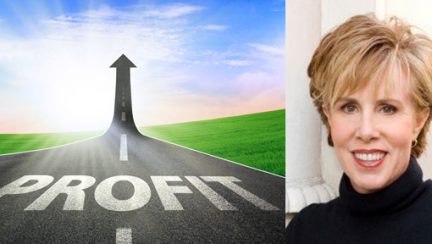 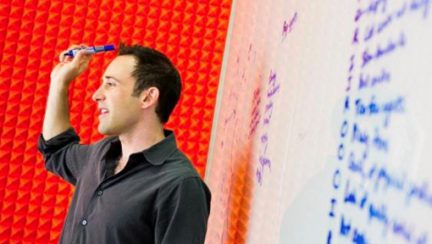 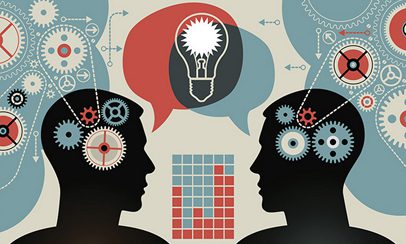 The Future Show: Knowledge and Learning