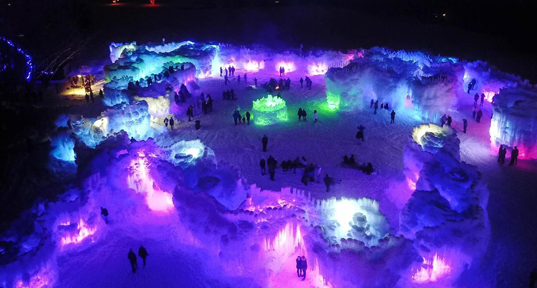 Happy Holidays and Here’s to a Prosperous, Healthy and Fulfilling 2019!

Thank you to our amazing clients and incredible speakers for making 2018 our best ever; we had the honor of curating speaker talent and content for more meetings and conferences than ever in our 25-year history!

Gift suggestions: To your enemy, forgiveness. To an opponent, tolerance. To a friend, your heart. To a customer, service. To all, charity. To every child, a good example. To yourself, respect.
(Oren Arnold)

Christmas is not a time nor a season, but a state of mind. To cherish peace and goodwill, to be plenteous in mercy, is to have the real spirit of Christmas.
(Calvin Coolidge)

New Year’s Day. A fresh start. A new chapter in life waiting to be written. New questions to be asked, embraced, and loved. Answers to be discovered and then lived in this transformative year of delight and self-discovery. Today carve out a quiet interlude for yourself in which to dream, pen in hand. Only dreams give birth to change.
(Sarah Ban Breathnach)

I don’t need a holiday or a feast to feel grateful for my children, the sun, the moon, the roof over my head, music, and laughter, but I like to take this time to take the path of thanks less traveled.
(Paula Poundstone)

You only live once, but if you do it right, once is enough.
(Mae West)

Blessed is the season which engages the whole world in a conspiracy of love.
(Hamilton Wright Mabie)

Enjoy the little things in life, for one day you’ll look back and realize they were the big things.
(Kurt Vonnegut)

So that’s my wish for you, and all of us, and my wish for myself. Make New Mistakes. Make glorious, amazing mistakes. Make mistakes nobody’s ever made before. Don’t freeze, don’t stop, don’t worry that it isn’t good enough, or it isn’t perfect, whatever it is: art, or love, or work or family or life.

Whatever it is you’re scared of doing, Do it.

Make your mistakes, next year and forever.
(Neil Gaiman)

‘Twas the night before Christmas, when all through the house
Not a creature was stirring-not even a mouse:
The stockings were hung by the chimney with care,
In hopes that St. Nicholas soon would be there.
(Clement C. Moore)

Great things are done by a series of small things put together.
(Vincent Van Gogh)

See the light in others, and treat them as if that is all you see.
(Dr. Wayne Dyer)

How many families, whose members have been dispersed and scattered far and wide, in the restless struggles of life, are then reunited, and meet once again in that happy state of companionship and mutual goodwill, which is a source of such pure and unalloyed delight; and one so incompatible with the cares and sorrows of the world, that the religious belief of the most civilized nations, and the rude traditions of the roughest savages, alike number it among the first joys of a future condition of existence, provided for the blessed and happy!
(Charles Dickens)

I wish you a merry Christmas
And a Happy New Year;
A pocket full of money
And a cellar full of beer,
And a great fat pig
To last you all the year.
(Old English Song)

There was the little boy who approached Santa in a department store with a long list of requests. He wanted a bicycle and a sled, a chemical set, a cowboy suit, a set of trains, a baseball glove and roller skates.
“That’s a pretty long list,” Santa said sternly. “I’ll have to check in my book and see if you were a good boy.”
“No, no,” the youngster said quickly. “Never Mind checking. I’ll just take the roller skates.”
(Unattributed)

It is the firends you can call at 4 a.m. that matter.
(Marlene Dietrich)

He who has a why to live can bear almost any how.
(Friedrich Nietzsche)

Calvin: Well. I’ve decided I do believe in Santa Claus,
no matter how preposterous he sounds.
Hobbes: What convinced you?
Calvin: A simple risk analysis. I want presents. Lots of presents.
Why risk not getting them over a matter of belief?
Heck, I’ll believe anything they want.
(Bill Watterson, Calvin and Hobbes)

The joy of brightening other lives, bearing each others’ burdens, easing other’s loads and supplanting empty hearts and lives with generous gifts becomes for us the magic of the Holidays.
(W. C. Jones)

Yes, Virginia, there is a Santa Claus. He exists as certainly as love and generosity and devotion exists, and you know that they abound and give to your life its highest beauty and joy.
(Francis Pharcellus Church, responding to a letter to the New York Sun
in 1897 from 8-year-old Virginia O’Hanlon asking, “is there a Santa Claus”)

No, Virginia, there is no Santa Claus. But important lessons and a sweet tale that makes glad the heart of childhood live on, at least until our imagination creates something even better.

Your eagerness to know is wonderful! Have you ever scooped up a lost nickel, only to discover that it is a quarter? Santa is like that, a thousand times over. No, there is no Santa outside imagination. But why you were told about him is much better than if he were really real.

Santa is a playful fantasy full of hope and happiness, inviting you down the challenging path to true adulthood. Yes, he embodies good will and generosity and inspires children everywhere to appreciate the difference between Naughty and Nice. But there is so much more that you and your friends are just now glimpsing, hidden behind the tale’s knowing wink.
(Greg Perkins, The Objectivist Center)

The holiest of holidays are those
Kept by ourselves in silence and apart;
The secret anniversaries of the heart.
(Henry Wadsworth Longfellow)

A New Year’s resolution is something that goes in one year and out the other.
(Unattributed)

In the old days, it was not called the Holiday Season; the Christians called it Christmas’ and went to church; the Jews called it Hanukkah’ and went to synagogue; the atheists went to parties and drank. People passing each other on the street would say Merry Christmas!’ or Happy Hanukkah!’ or (to the atheists) Look out for the wall!’
(Dave Barry)

A three-year-old gave this reaction to her Holiday dinner: “I don’t like the turkey, but I like the bread he ate.”
(Unattributed)

As we struggle with shopping lists and invitations, compounded by December’s bad weather, it is good to be reminded that there are people in our lives who are worth this aggravation, and people to whom we are worth the same.
(Donald E. Westlake)

A Holiday candle is a lovely thing; It makes no noise at all, But softly gives itself away; While quite unselfish, it grows small.
(Eva K. Logue)

What do you call people who are afraid of Santa Claus? Claustrophobic.
(Unattributed)

The [Kwanzaa] holiday, then will of necessity, be engaged as an ancient and living cultural tradition which reflects the best of African thought and practice in its reaffirmation of the dignity of the human person in community and culture, the well-being of family and community, the integrity of the environment and our kinship with it, and the rich resource and meaning of a people’s culture.
(Dr. Maulana Karenga)

I stopped believing in Santa Claus when I was six. Mother took me to see him in a department store and he asked for my autograph.
(Shirley Temple)

The one thing women don’t want to find in their stockings on Christmas morning is their husband.
(Joan Rivers)

I once bought my kids a set of batteries for Christmas with a note on it saying, toys not included.
(Bernard Manning)

And in our world of plenty
We can spread a smile of joy
Throw your arms around the world
At Christmastime.
(Bob Geldof & Midge Ure)

Who will tell whether one happy moment of love or the joy of breathing or walking on a bright morning and smelling the fresh air, is not worth all the suffering and effort which life implies.
(Erich Fromm)

The best and most beautiful things in the world cannot be seen or even touched. They must be felt with the heart. Wishing you happiness.
(Helen Keller)

Every night, when I go to sleep, I die. Every morning, when I wake up, I am reborn.
(Mohandas Gandhi)

No one is in control of your happiness but you; therefore, you have the power to change anything about yourself or your life that you want to change.
(Barbara De Angelis)

The best remedy for those who are afraid, lonely or unhappy is to go outside, somewhere where they can be quiet, alone with the heavens, nature and God. Because only then does one feel that all is as it should be and that God wishes to see people happy, amidst the simple beauty of nature.
(Anne Frank)

And So This Is Christmas;
And What Have We Done?
Another Year Over;
A New One Just Begun;
And So Happy Christmas;
I Hope You Have Fun;
The Near And The Dear Ones;
The Old And The Young.
(John Lennon) 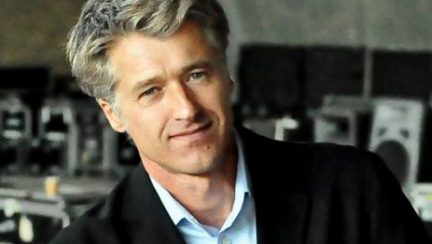 Breaking Past Your Boundaries with Gabor George Burt 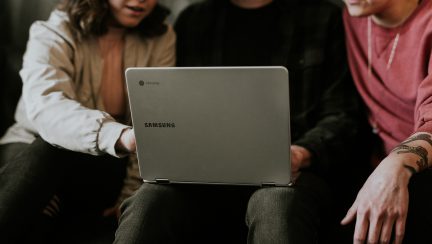 Event Planners: How to Benefit from Working with Speakers Bureaus