Fostering a Culture of Creativity with Josh Linkner

To Josh Linkner, creativity and innovation are the lifeblood of all human progress. As such, he’s spent his career harnessing the power of creative disruption.

In addition to his own startups, Josh has been involved with the launch, growth, or financing of over 100 other companies. He’s helped raise over $150 million of venture capital, and has mentored leaders and entrepreneurs through the struggles of explosive growth. He is the founding partner of Detroit Venture Partners, investing in tech startups as a platform to help rebuild his beloved hometown of Detroit, Michigan.

SPEAKING.COM: What are some of the main challenges and opportunities faced today in building creative cultures?

LINKNER: The single biggest blocker of creativity isn’t natural talent, it’s fear. Fear is that poisonous force that robs us of our best thinking. To conquer that, leaders need to build cultures that celebrate new ideas and make it safe for people to share them.

In most companies, if there are ten people in a room and one comes up with a new idea, the other nine instantly become the self-appointed “Idea Police” and point out all the flaws and reasons the idea can’t work. There’s a huge opportunity for leaders to build cultures that celebrate the creative process, rather than punish it. In doing so, not only will they liberate the team… they’ll tap into the most powerful natural resource at their disposal: the creativity of their team to tackle problems big and small.

SPEAKING.COM: What are some of the creativity trends you see emerging within the next ten years?

LINKNER: There are so many factors converging, the next ten years represents both an incredible opportunity and threat. For those that embrace change, technology changes will continue to create untold opportunity. Global markets opening up, millennials entering the workforce, geo-political shifts.

The real questions becomes – how do leaders harness the creativity of their teams in order to seize these opportunities rather than getting dislodged by innovators who seize them first.

SPEAKING.COM: How do you suggest people embrace creativity in their organizations?

LINKNER: Most importantly, they should read my books! Kidding aside, first you need to make a case for change. You can’t get on with “how” until you first answer “why”. From there, I believe in a systematic approach. Creativity doesn’t have to by mystical and squishy; it can be a thoughtful and well-managed approach to drive specific outcomes. I suggest taking small steps of creative acts that can be measured as a starting point, and from there, build momentum by putting up real results.

The biggest breakthrough typically come as a result of many failed experiments rather than a single lightning bolt of brilliance.

SPEAKING.COM: Can you give us three tips for fostering a culture of creativity?

LINKNER:
1. Get curious! Spend time asking lots more questions, rather than leaping to quick answers. Ideally, questions that start with “why”, “what if”, and “why not” will allow us to imaging what ‘can be’, instead just what ‘is’.
2. Think in terms of experiments. Instead of monolithic, bet-the-farm, all-or-nothing approaches, remove judgment and instead shoot for lots of little experiments. The biggest breakthrough typically come as a result of many failed experiments rather than a single lightning bolt of brilliance. Hack at problems with lots of experiments, learn, adapt, and ultimately progress comes to life.
3. Learn to love failure. One company that I interviewed for my book issues a “Failure of the Year” award each year. It is for the team or individual that had a great idea, the numbers made sense, they went for it, and it didn’t work out at all. Rather than punishing or criticizing, the award winners get a standing ovation. Leaders slap them high five… “way to fail!” Think about the message this award drives deep into the DNA of this organization on the importance of taking responsible risks and letting imagination soar.

SPEAKING.COM: What other projects are you currently working on?

LINKNER: I’m in the process of writing my third book. Also, I invest in tech startups in Detroit. I do this not only to make money, but more importantly to make a difference. By backing passionate entrepreneurs, we’re driving real social change in our troubled city.

I’ve been involved in the launch and/or financing of over 100 startups over the last 20 years, and I love helping people create something out of nothing. I also just launched a new concept to disrupt the stale world of leadership development (http://www.FuelLeadership.com). I continue to write weekly for Forbes, the Detroit Free Press, and Inc. Magazine. Also, I truly love the craft of speaking and look forward to continuing to deliver 65-70 keynotes each year.

To bring Josh Linkner to your organization to help spark a culture of creativity and innovation, please contact Michael Frick at: Mike@Speaking.com. 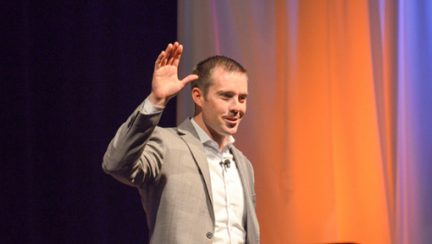 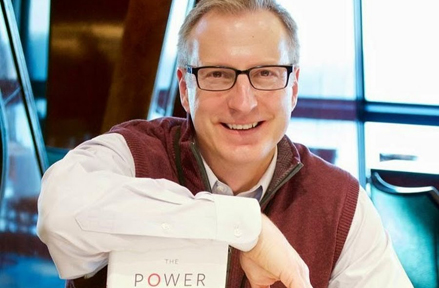 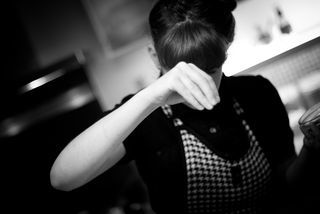 How to generate sales with social media in an underground business