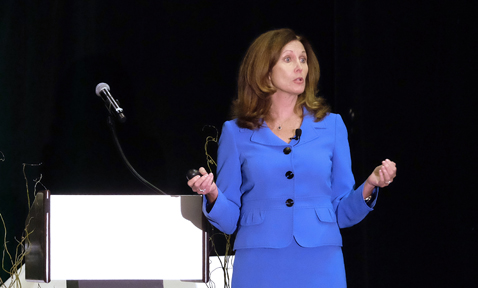 After nearly twenty years in senior leadership roles in communications at media giants Universal, Sony and Turner Broadcasting, Libby is now CEO of executive coaching and consulting firm Libby Gill & Company. A sought-after international speaker, she guides established and emerging leaders to increase passion and productivity in their organizations.

I find that organizations often overlook what I believe should be the first step to motivate and engage their workforce: infusing a sense of hope into the culture

SPEAKING.COM: How can organizations re-energize their workforce?

GILL: There are as many potential strategies for re-energizing your workforce as there are organizations, and yet, I find that organizations often overlook what I believe should be the first step to motivate and engage their workforce: infusing a sense of hope into the culture.

While some may quote the adage “Hope is not a strategy,” I’ve seen from my many years as an executive coach and leadership consultant just how difficult it is to re-engage a workforce that’s feeling hopeless. Rather than falling back on clichés, I’ve found it works better to begin with a goal of instilling hopefulness throughout the organization. Once you’ve addressed morale and engagement on this macro-level, then you can apply specific strategies tailored to the culture to help individuals regain a sense of purpose that’s tied to the organizational mission.

This concept, called hope theory, is based on a growing body of data from medical and positive psychology researchers. Studies reveal that people who feel more hopeful are far more likely to:

These findings show us that while some leaders may consider the idea of hope abstract or even antithetical to the business environment, it turns out that hope actually is a strategy that can help organizations re-energize their workforce, or at least provide an ideal starting point for change.

SPEAKING.COM: Can you describe some ways that leaders can help create a culture of risk-taking?

GILL: The reason that we avoid taking risks, as individuals and organizations, is fear. Human beings are hard-wired to avoid anything we perceive as dangerous. For our own survival, our primitive brains help us steer clear of people or situations that seem threatening—even when we know logically that they might benefit us.

Organizations with leaders who not only allow, but encourage risk-taking, experimenting with new ideas, and even failure are typically the ones that successfully reinvent themselves instead of staying stagnant. Leaders who actually model rather than merely give lip service to a willingness to take risks, provide transparency even when they fail, and recognize or even reward team members who try new things go a long way toward creating a culture of trust where people are excited to take bold risks.

Although we’d love to think that people typically make rational decisions using fact and logic, the truth is that people feel first and think second.

SPEAKING.COM: How can mindshare be captured to advance personal branding?

GILL: Although we’d love to think that people typically make rational decisions using fact and logic, the truth is that people feel first and think second. The science of neuro-marketing has proven this through magnetic resonance imaging and other advanced brain-scanning techniques that allow us to peek inside thought processes, decision-making, and consumer buying patterns.

Because feeling is so important to purchasing decisions and other types of decision-making, it is critical that we engage both the heart and the head in our branding. Personal branding should be exactly that: personal. It’s the element of authenticity and self-disclosure that helps us establish emotional connections with others even before they are conscious of the benefits that we may offer them. Of course, we have to back up the emotional connection with genuine value — but if we don’t capture the mindshare first, we may never get that chance.

If your people are important, helping them understand why they specifically are critical to the overall mission is, too.

SPEAKING.COM: What are some ways that personal branding can be aligned with organizational vision?

GILL: As the former head of communications and public relations at three major entertainment studios, I often witnessed firsthand that the flow of information stopped somewhere mid-leadership chain. While the C-suite might have had a crystal-clear understanding of the company’s mission and how it was to be accomplished, others further down the ladder were often left in the dark as to how they fit into that picture.

It’s the leader’s job — and this includes anyone who manages other people — to translate the mission in such a way that each person involved can connect the dots in his or her own way. When people see precisely how their individual contributions affect the whole, they are far more likely to give it their all. The key to making this work is personal branding.

Workplace performance data shows us that while compensation is important, a sense of purpose, accomplishment, and being part of the team are equally, if not more, important to many employees. Your mission as a leader is to determine how best to connect with each employee around his or her values to help create alignment with organizational vision. Sure, it takes time and effort to create a transparent and comprehensive internal communications plan so that each person in your workplace is educated about the organization and how their role within it plays a part. But if your people are important, helping them understand why they specifically are critical to the overall mission is, too.

SPEAKING.COM: What are the key differences between happiness, optimism, and hope, and how do they contribute to employee success?

GILL: Although happiness, optimism, and hope are emotional cousins, they each have different hallmarks, according to social psychologists. Some theorists define happiness as a sense of well-being or satisfaction in relation to reaching one’s goal, while others view it more hedonistically as a drive toward pleasure and away from pain. Either way, we are instinctively drawn toward people we perceive as happy in the workplace because of their positive attitude and their drive to accomplish their objectives.

Optimists tend to believe that good things will happen more often than bad, despite one’s abilities or external conditions. Research shows that 85% of presidential elections are won by the candidate who voters view as more optimistic (though not necessarily more qualified), and that salespeople who score high on optimism surveys tend to sell more than those with low scores. Interestingly, many psychologists believe that “learned optimism” is a trainable skill, rather than an inherent trait, and is the difference between people who persevere when faced with adversity and those who give up.

Conversely, hope is specific and future-focused. It relies on one’s ability to see multiple pathways to reach a goal and to persevere toward the desired outcome despite challenges along the way. According to hope theorists, hope is based on a fundamental belief that change is possible and that one’s own ability and actions (or beliefs and behaviors) drive the outcome. Therefore, leaders who create a culture of hopefulness by allowing employees the freedom and flexibility to find their own pathways to a desired objective can be instrumental in creating an agile and creative workforce.

You can’t have engagement without openness, transparency, and trust.</div

SPEAKING.COM: What are three tips for creating a culture of engagement?

GILL: Given my background as a communications professional, it’s probably no surprise that I believe communication is the best way to create a culture of engagement. Here are some specific strategies that will work in any company, from micro start-up to multi-national:

SPEAKING.COM: What is “stuckness,” and how can leaders help their teams avoid it?

GILL: “Stuckness” can manifest as a sense of negativity or an unwillingness to take risks. Maybe it’s a general feeling of malaise or disengagement. One of the best strategies for nipping it in the bud is to watch for what I call the Immediate Negative Response, or INR.

The INR is a knee-jerk resistance to change or criticism that often shows up in the form of excuse-making language. When that language becomes part of your culture or organization, you’ll discover that your workforce has ready-made reasons to back down from risks.

Look at the following examples to see if you or your teams are guilty of using any of these phrases when faced with change:

If you hear any of this language on your teams, point it out immediately, and encourage people to think differently. Emphasize the importance of taking risks to move beyond a stuck or stagnant feeling, whether with an individual or organization. 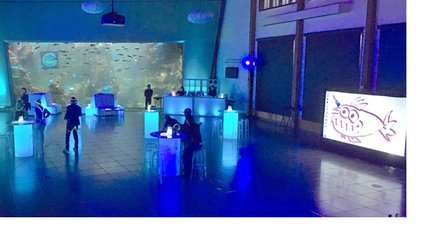 How to Make Your Meetings & Conferences More Interactive 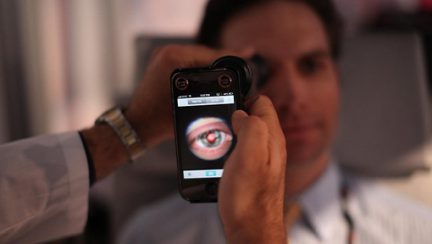 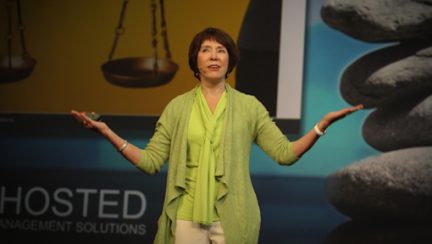 How to Foster Resiliency, with Eileen McDargh