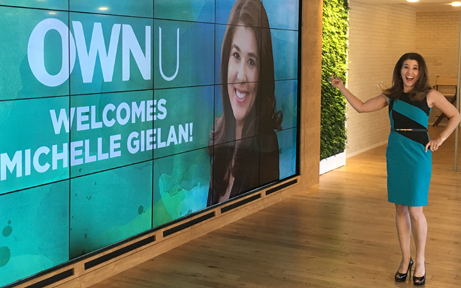 Michelle Gielan, national CBS News anchor turned positive psychology researcher, is the bestselling author of Broadcasting Happiness and the Founder of the Institute for Applied Positive Research. She is a featured professor in Oprah’s happiness course and has partnered with Ariana Huffington to spearhead the Transformative Journalism Movement.

…When we foster an optimistic, resilient mindset, that positively influences every single business and educational outcome.

SPEAKING.COM: What is the relationship between success and happiness?

GIELAN: Success fuels happiness and happiness fuels success. My research has found that when we foster an optimistic, resilient mindset, that positively influences every single business and educational outcome: sales increase by 37%, productive energy increases by 31% and stress symptoms such as headaches, backaches and fatigue decrease by 23%.

SPEAKING.COM: What is positive communication and how can it be applied to people’s daily lives?

GIELAN: As a former national CBS News anchor turned positive psychology researcher, I’ve seen first hand the incredible power individuals and organizations have to spark positive change. What matters most is our “broadcast.”

Scientifically there is a stronger way to communicate that empowers those around you.

SPEAKING.COM: What role does positive communication play in the relationship between success and happiness?

GIELAN: The way we communicate can either activate others to believe their behavior matters or leave them feeling stuck and unmotivated. I saw this all too clearly while reporting the news in the wake of shootings, natural disasters and the fallout from the recession. If all we served up were the problems and never talked about solutions, people were left feeling helpless and hopeless.

Now as a researcher, I study the simple things we, as business leaders, parents and colleagues, can say in the face of challenge to fuel optimism, resilience, and collective success. Scientifically there is a stronger way to communicate that empowers those around you.

SPEAKING.COM: Can you describe the ripple effect that positive communication can have on employee engagement, productivity, and happiness at work?

GIELAN: A compelling body of research and case studies at large organizations shows us when we change our broadcast, that change can fuel productivity, engagement, and profitability. A recent client, Nationwide Brokerage Services, discovered that when their employees and managers began adopting ‘broadcasting happiness’ strategies, they were able to increase gross revenues from $350M to more than $1 billion in just three years.

One of the most effective strategies implemented was the concept of a “huddle,” which was a morning team meeting to not only celebrate successes colleagues may not have heard about, but to also support anyone who says they need a little extra help that day. It was a small behavioral change that helped fuel a supportive positive culture among the sales professionals and back office staff.

There is a belief that to excel we must shore up our weaknesses, but our research points to a different approach.

SPEAKING.COM: What is high impact praise and how can it be used to fuel performance?

GIELAN: High impact praise is positive, meaningful praise. There is a belief that to excel we must shore up our weaknesses, but our research points to a different approach. Often managers can focus on leveraging the strengths of their team members in a way that makes many of their weaknesses a non-issue. A study on high impact praise found that a manager that delivered just one piece of meaningful praise to one member of his team each day raised the entire team’s productivity by 31% in just three weeks. This is another example that shows that when we change our broadcast, we change our power to spur success.

SPEAKING.COM: What inspired you to produce “Happy Week” at CBS News, and what were some of the issues you addressed in that series?

GIELAN: It was at the height of the Great Recession, and our newscasts at CBS News were full of stories of people losing their homes, jobs and retirements savings. Each morning we began with helplessness and hopelessness. “Happy Week” was a series of interviews on how to foster happiness in the midst of some of the toughest challenges of our lives. Experts from the field of positive psychology joined us to share strategies, and we got the greatest viewer response of the year.

My favorite story shared was one from a viewer from Oklahoma. His home, like many others, was facing foreclosure. He wrote that he had not talked to his brother, who lived a mere twenty-five miles away, for the past twenty years. They had fought over money and cut off contact. He had recently heard that his brother’s home was facing foreclosure as well, and after seeing the segment on CBS on rethinking financial stresses, he decided to reach out to him. The two men ended up pooling resources to save one of their homes and moved in together! Each was now very happy to not only have a roof over his head but also his formerly estranged brother by his side. This story was one of many that showed how people are propelled to take positive action when they experience even the smallest mindset shift, which in turn creates a new reality.

I was so convinced by the tangible results of Happy Week that I left to get an advanced degree in positive psychology from UPenn and share that research with companies around the world.

Leading with the positive gets others to do the same because people match mood.

SPEAKING.COM: How can organizations shift the office social script to create a talent-enhancing environment?

GIELAN: At recent keynotes and trainings I have delivered to organizations as diverse as Google, The Oprah Winfrey Network, Training Magazine and a school district in Washington State, the question is always the same: “Is the negative person or positive person more powerful in setting culture at work?” The people who ask are thinking of that one negative person who is ruining it for everyone.

We have the scientific answer, but my guess is that it is not what you’re expecting. A recent study found it is not the most positive or negative person; rather, it is the one who is most expressive of their mindset. Setting corporate culture comes from turning up our signal as a positive broadcaster, as we get others to do this as well by modeling the behavior.

The easiest way is by using the “Power Lead.” The power lead is starting conversations, meetings, emails and phone calls by saying something positive and meaningful. Skip past “I had a terrible night’s sleep” or something negative, and instead, try, “I’m looking forward to my lunch with Emily because I haven’t seen her in weeks.” Leading with the positive gets others to do the same because people match mood. What’s topping your broadcast at work and when you come home after a long day at work? That power lead not only influences your happiness but that of the people around you. 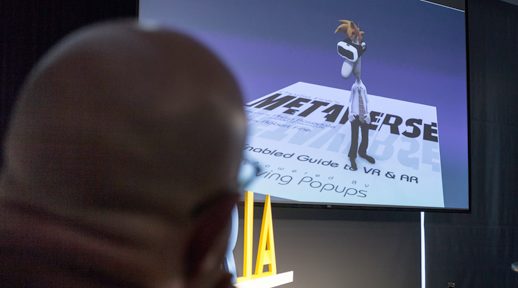 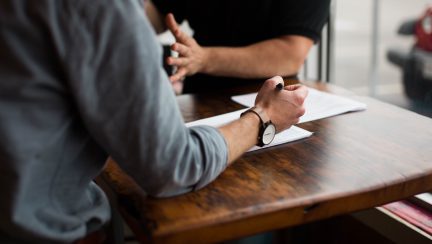 Developing Contextual Leaders in Your Organization 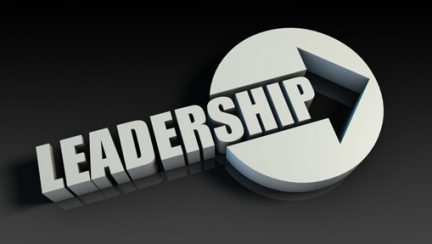