The first woman ever to head a television network, Kay Koplovitz is the founder of the USA Network as well as the Sci-Fi Channel (now the SyFy Channel) and one of the top business women speakers in the world. The adventurous broadcasting pioneer created the business model for cable networks by introducing the concept of two revenue streams – licensing and advertising. Since 2000, she has been the co-founder and chairman of Springboard Enterprises, where she works to bring women entrepreneurs to the forefront of today’s business world.

It was at WTMJ-TV that I realized people considered me wildly successful to land that prestigious position as a Producer, but they didn’t see me for what I wanted to be: not the President of WTMJ-TV but the President of NBC Network.

SPEAKING.COM: When you first launched the USA Network, you were one of very few women executives in any field. What were some of the biggest challenges you faced in reaching your position?

KOPLOVITZ: I have often been asked this question as I was one of the first women in any industry to break through the glass ceiling. I accomplished this by staying focused on my passions, what I could realistically accomplish and how I could lead change to avoid the barriers in front of me.

My journey was different from what a man, at the time, would have experienced. The concept that I was a woman advancing wasn’t intimidating to me, though sometimes it forced me to take a different route to reach my goals than originally envisioned. After graduating from the University of Wisconsin, I took a position as a Producer at WTMJ-TV in Milwaukee. It was an internship as I was going on to graduate school to study and write my Master’s Thesis on satellite communications. Technology was an unconventional focus for anyone at that time, but especially for a woman.

It was at WTMJ-TV that I realized people considered me wildly successful to land that prestigious position as a Producer, but they didn’t see me for what I wanted to be: not the President of WTMJ-TV but the President of NBC Network. It was pretty obvious that in the late 1960’s women didn’t achieve such vaulted leadership positions. That’s when I realized that I would need to create my own television network, though I didn’t yet know how I would do that.

It was a long road after completing my Master’s Degree in 1968, and seven years of working in satellite, television and cable television before my big opportunity finally arrived. The cable industry brought the Thrilla from Manila, the third match up between Mohamed Ali and Joe Fraser, to Vero Beach Florida to demonstrate the power of satellites to light up the little known service of cable TV. September 30, 1975 was the night that changed the course of television history, and the night that launched my network television career.

SPEAKING.COM: How have the challenges facing women in business changed since then?

KOPLOVITZ: I was virtually alone in my ascension to the top. Today, there are dozens of women running different media businesses including cable television networks, media companies, radio, digital, print and more. Systemically, there is a greater opportunity and willingness for women to advance by being role models for each other.

In the work I am doing with Springboard Enterprises – the Accelerator I co-founded in 2000 to support women-led businesses in technology and life sciences to raise capital – I see women inspiring and supporting each other, sharing contacts and even funding sources. This open support and collaboration is what is needed as it fuels a community for women entrepreneurs and women in business.

The next goal for women is ownership in large cap media companies. With the exception of Viacom, and CBS now headed by Shari Redstone, we need to break this barrier for women as well and we are working diligently to make this happen.

Women in all industries still need more opportunities: more role models, more mentors in corporations who are transparent about their sponsorship of them…

SPEAKING.COM: Do women in the television industry face any unique challenges? If so, what are they?

KOPLOVITZ: I don’t think women’s challenges in the television business are that different from other industries or that they are unique. Women in all industries still need more opportunities: more role models, more mentors in corporations who are transparent about their sponsorship of them and will put in the time and energy to see that they get the prime assignments and model how best to achieve success.

SPEAKING.COM: You introduced the concept of two revenue streams for cable networks – licensing and advertising. How was this concept initially received?

KOPLOVITZ: Up until that time, revenue in the television business was solely generated from advertising. Broadcast networks paid television stations to carry their programs, and the networks sold advertising to cover costs and make a profit. Cable television was a nascent business in the seventies, with little distribution via satellite. In order to deliver sports programming to cable systems, we reversed the payment process and charged the cable systems to carry the programs. We sold advertising. That was the genesis of the two-revenue stream model that is still prevalent in cable television today. I like to share this story as it is exemplifies the impact of innovation and change management.

SPEAKING.COM: How has the television industry changed with the advent of streaming?

KOPLOVITZ: Streaming presents a challenge to the cable industry brought on by exponential changes in technology, distribution and consumer behavior. Households are no longer required to subscribe to cable to view many of the most popular TV shows including some sports events that customers have grown to love. For a much lower cost, streaming services such as Netflix, Hulu and Amazon Prime are producing original shows that are competing with traditional cable networks and acquiring existing programming to grow their audience.

One of the most compelling attractions of these new streaming services is that they constantly iterate and innovate – for example, they release an entire series on day one. They create and are feeding binge viewing mavens. The cable system operators are bridging cable television networks to broadband providers for the consumer. Change is in the air as revenue streams move rather steadily toward new business models. This is a great example of how technology, coupled with innovation and changes in the consumer journey inspire changes in business and the delivery of entertainment.

Banks would not finance our businesses and the public markets wouldn’t recognize them. I was ahead of the marketplace and just a little too early to capture that massive value.

SPEAKING.COM: In your book, Bold Women, Big Ideas, you share some of your career missteps in order to help other women. What was the biggest mistake you made early in your career, and what did you learn from it?

KOPLOVITZ: My biggest miss had nothing to do with being a woman; it was not having financial control over the network I founded. Unfortunately, there wasn’t capital or an appetite for television businesses available like we have today. Similarly, Bob Pittman tried to take MTV public in the early 1980’s, about the same time I wanted to do that with USA. Banks would not finance our businesses and the public markets wouldn’t recognize them.

I was ahead of the marketplace and just a little too early to capture that massive value. Today, I work with women entrepreneurs in technology (including fashion tech), robotics and life sciences to raise capital via a variety of options so that they may retain an ownership position through their liquidity event. I have learned from my misfortune and turned it into an opportunity to give back – to inspire smart, innovative women who are advancing their careers.

SPEAKING.COM: Do women ever get in the way of their own success? If so, how can they get out of their own way?

KOPLOVITZ: Sometimes I think blaming women for not having more success is like blaming the victim in an attack. It’s convenient to describe lack of ultimate success this way, but there are systemic biases in the business world that I expect to be worked out over time.

All of us think this rise of the woman leader or entrepreneur is way too slow – and it certainly is for my lifetime – but we are moving forward. Women are advancing despite conscious and unconscious biases. I am confident that there will come a day when we won’t have to fight this battle and that day should be now.

Risk taking is part of an entrepreneur’s life. Embrace it.

SPEAKING.COM: If you could give only one piece of advice to a woman entrepreneur looking to start her first business, what would that advice be?

KOPLOVITZ: I would advise her to just start out and to take a page from Nike, “Just do it”. Being an entrepreneur is challenging and most people do not understand how hard it is. There are so many things to learn, but trust yourself to move forward by learning every day and incorporating new knowledge and insights into your business rapidly. We call this learning agility. Entrepreneurs have it. If it makes you feel uncomfortable not to know all the answers before you start, you probably shouldn’t be an entrepreneur. Risk taking is part of an entrepreneur’s life. Embrace it.

To bring Kay Koplovitz as a keynote speaker to one of your events, please contact Michael Frick at: Mike@Speaking.com 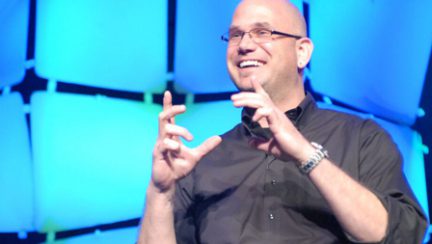 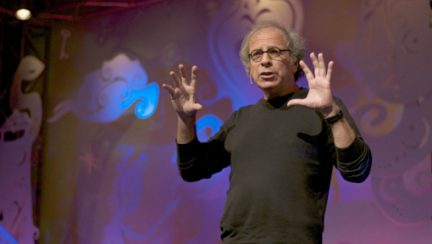 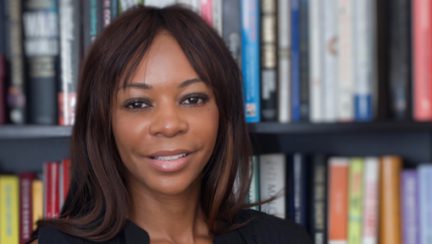