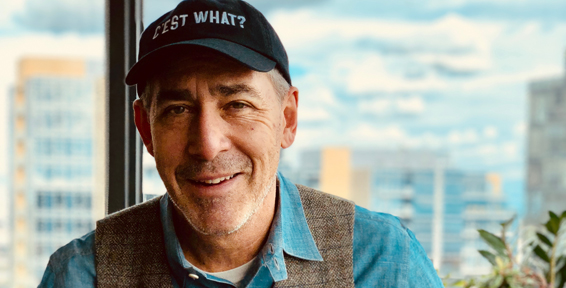 2020 represents a juicy moment to look back at innovation projections from past decades, and then look forward to the future for inspiration. It’s a ripe opportunity for guidance from a healthy dose of disbelief and wonder, prompting your imagination to prosper.

The themes I was following nearly 20 years ago were often thought of as “fuzzy” or “fringe” to some people, but more obvious to future thinkers.

My speaking engagements and innovation workshops feature a new set of Curious Clues and Innovation Waves for the decade ahead. These clues are customized for specific audience goals, but will likely be met with an appropriate blend of intense interest, incredulous head-scratching and inspired imagination to stimulate fresh thinking that is inherent to innovation…and also make speeches more engaging!

In 2003, my team and I tuned into two emerging innovations that would soon impact brands, business and society. We called them “Content Meritocracy” and “Big Green Wave.” Today, these themes are well-adopted, but 20 years ago, they were fringe at best.

2003 Innovation Wave: Content Meritocracy: The belief that one’s social status is influenced by content created and shared in the form of images, stories, films and ideas.

In early 2003, this rising desire to be known, recognized and rewarded for content produced coincided with early stages of the dematerialization of devices. Creating images, films and memes was being democratized and consolidated into smaller, cheaper and more usable devices, including the emergence of the smartphone.

Content distribution platforms were surfacing, beginning with the inception of Google in 1998. Digital communities were forming bringing together like-minded people virtually to form new relationships and build cultural movements.

Facebook launched in 2004 and YouTube in 2005, shortly after our projections of the trend. My team’s belief at the time—that producing online videos would become a cultural movement—was met with deep skepticism. Yet at the beginning of 2020, YouTube, which is but one distribution source among many, is available in more than 90 countries, supports 80 languages, and enjoys 1.9 billion active users who consume more than 4 billion hours of content.

2003 Innovation Wave: Big Green Wave: The adoption of sustainability metrics as a filter for brand choices, leading to sustainability being a significant element of any serious business and innovation strategy.

The concept of “eco-friendly” branding was not quite mainstream 20 years ago. However, there were clues that sustainability would become a major future force.

• The Toyota Prius landed at dealers in Los Angeles in 2001 when Cameron Diaz was seen driving one to the Academy Awards. Suddenly being green had Hollywood cred.

• Food brands such as Clif Bar and Eden Foods were gaining traction as major retailers like Whole Foods entered the game.

Now in 2020, most major corporations have sustainability strategies because climate change is both very real and imminent.

As a dynamic speaker, I follow future innovation waves, which I refine to meet the needs of specific audiences. The following two innovation waves will have broad impact, and I share details in my keynote addresses.

People will crave seamless interactions with places, services, experiences and other humans that are more sustainable, improve wellness and reduce social isolation.

What does this mean?

A lot of entrepreneurial activity over the past decade focused on disrupting current systems in order to make our lives seemingly more efficient. But, are these efficiency and service innovations actually making our lives more complex and anxious?

Amazon one day delivery is great but a huge carbon footprint comes with that luxury. Sharing economy for transportation is super-convenient, while providing new opportunities and challenges in our personal finances. Food delivery apps provide instant gratification, but may foster social isolation.

Machine learning has enabled search engines to anticipate our desires, suggesting ideas we may like in the form of movies, music, books, jobs, love-mates and shopping ideas. Will we actually learn more from AI?

We are also entering a decade where voice commands are ordinary. We are experiencing a generation of people who are comfortable having conversations with objects. Will that ultimately add efficiency or just complexity?

Implications and what’s next

Flow will likely continue to be a driving force for innovation in the coming decade, especially with the adaption of 5G and eventually 6G. However, the desired outcomes may shift from activities which increase consumption and carbon footprint to those that reduce carbon footprint, as well as to devices that are less invasive to human interaction.

For example, trucks that clog our streets with heavily packaged deliveries from Amazon will likely be replaced with a combination of drones and higher consumption of experiences over material goods, albeit those produced locally.

Our smart devices will likely disappear in exchange for watches, glasses, advanced listening devices and neural implants that learn who we are and what we want.

Innovation focusing on increasing flow will likely only intensify as a force of change in the coming decade.

The pursuit of more comprehensive experiences of wellness, including connection to natural forms and deeper mind exploration as a source of contentment and growth.

What does this mean?

Sustainable actions in what we eat, how we travel and what we consume are becoming self-evident. The concept of closed-loop, regenerative societies are on the horizon for the next decade. Urbanization and the associated decline in urban green space is leaving people CRAVING BIOPHILIA, a connection to nature that is lost elsewhere amidst the glass, steel and cement and the depletion of ice fields, forests and public lands.

Implications and what’s next

Creating spaces, experiences and narratives that replenish our soul will be valuable. Instead of only thinking about the future of technology, organizations should think about the future of humanity. We may continue to explore and better understand how our minds work and how we collaborate with machines, rather than compete. Mixed reality may help compensate for declining access to spaces of natural wonder, and will serve as mind and body therapy.

Exploring past innovation waves can teach us about the future and provide confidence to foresights. My keynote presentations are engaging, provocative, inspiring and memorable, including curious clues about the future for your audience to consider. 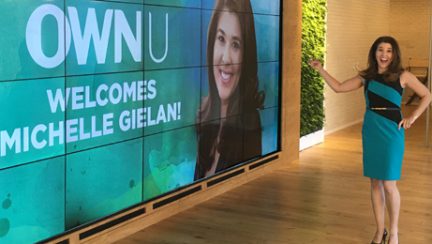 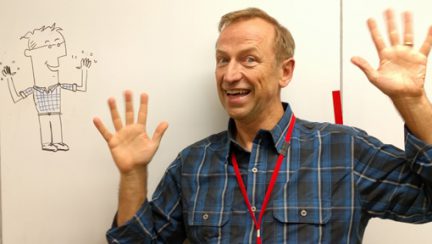 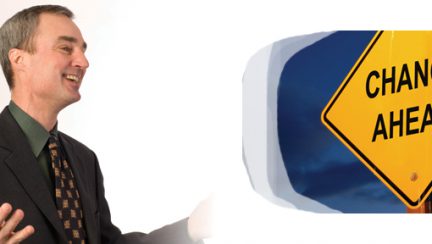